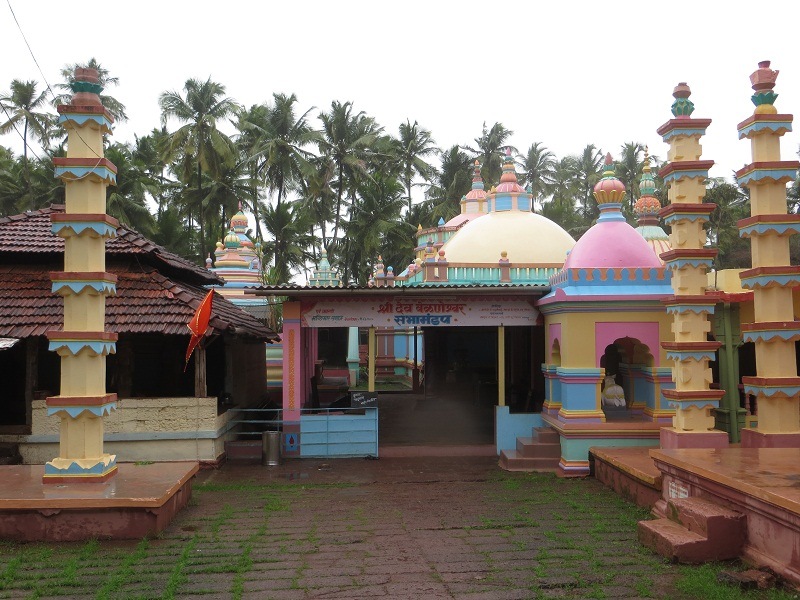 #13 of 14 Places to Visit in Ganpatipule

At a distance of 17 km from Guhagar and 72 km from Ganpatipule, Velneshwar Temple and Beach are located at Velneshwar in Ratnagiri district of Maharashtra.

Sri Velneshwar Temple is believed to be one of the ancient temples dedicated to Lord Shiva and his consort Goddess Parvati. Earlier, the temple was built by Gadgils and was later renovated by Sri Trimbak Ravaji Gokhale. Representing an example of ancient Hindu architectural style, the temple houses many small shrines dedicated to Lord Vishnu, Ganesha and Kala Bhairav. The main sanctum of the temple is adorned with paintings and stone carvings representing various episodes of mythology. This temple is flocked by a large number of devotees during the festival of Mahashivratri. It is held in the month of March and celebrated in honour of the deity Lord Shiva.

Another prime attraction of Velneshwar is the Velneshwar Beach which is lined with coconut trees. This is one of the most secluded and pristine beaches in the entire Konkan stretch and with popular destinations like Guhagar and Ganpatipule flanking it on either sides. This beach is quite famous for its location and also the peaceful surroundings. The beach experiences stable waves throughout the year and is an ideal beach for swimming and sunbathing. Water sports are the frequent activities, which are carried out here.