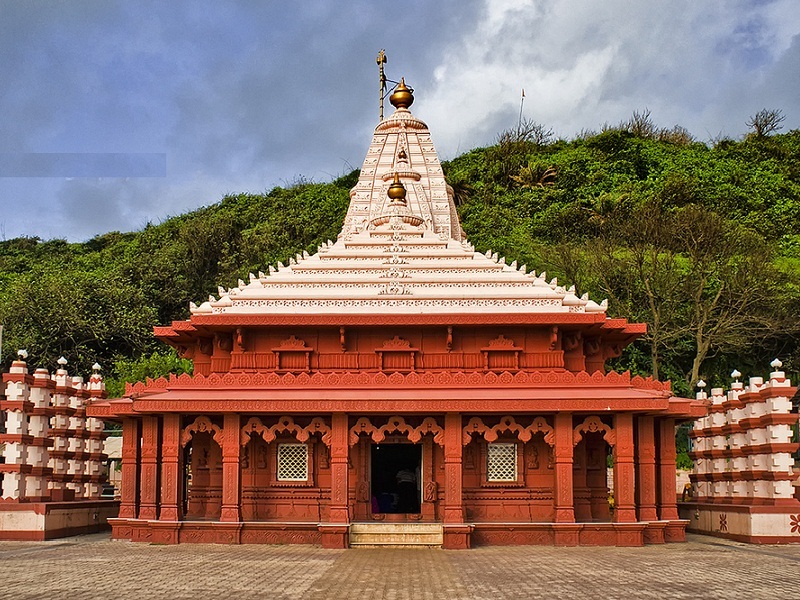 #2 of 14 Places to Visit in Ganpatipule

The Ganpati Temple is about 400 years old and is the prime attraction in Ganpatipule packages that draws thousands of pilgrims every year to seek blessings of the Lord. According to one legend, after being insulted by a local lady, Lord Ganapati moved to Pule from his original abode of Gule. Thus the place was named as Ganpati-Pule.

The idol of Ganesha is believed to be a monolith which is self-created and discovered over 1600 years ago. The other idol of Lord Ganapati is made of copper and placed in the sanctum sanctorum. This copper idol depicts the god riding on a lion. The idol of mooshak made out of copper is placed outside the temple.

The Ganesha Temple in Ganpatipule is unique because it is one of the few temples in the country in which the presiding deity faces west to guard the Western Ghats. It is one of the Ashta Ganapati Temples of India and is known as 'Paschim Dwar Devata'. The deity is placed such that at the time of sunset a shaft of Sun rays illuminates the idol. The temple is at the base of a hill, and pilgrims walk around (pradakshina) the hill as a mark of respect.

Ganesh Chaturthi and Magh Shuddha Chaturthi are the two grand festivals celebrated at the Ganesh Temple of Ganpatipule.