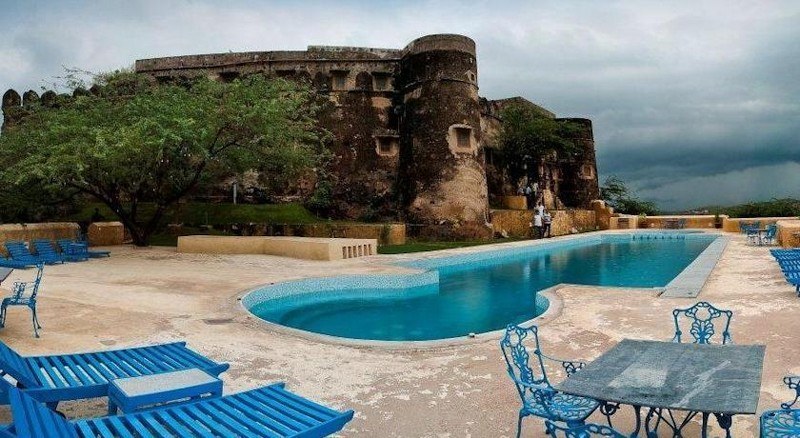 At a distance of 14 km from Alwar Jn Railway Station, Hill Fort of Kesroli is located in Alwar, Rajasthan.

The Fort was built in the 14th century by the Yaduvanshi Rajputs, who are said to be descendants of Lord Krishna. The seven-turreted fort has changed hands many times. It has been conquered by the Mughals and the Jats and then finally came into the hands of the Rajputs in 1775, when the princely state of Alwar was founded. The fort has seen a golden period under Ranawat Thakur Bhawani Singh (1882-1934).

Situated atop the rare, dark Breccia rocks, it commands splendid views from its ramparts which rise to 50-65 m. It is now a heritage hotel owned by Neemrana Hotels group. It is known for its turrets, ramparts, and arched verandahs.