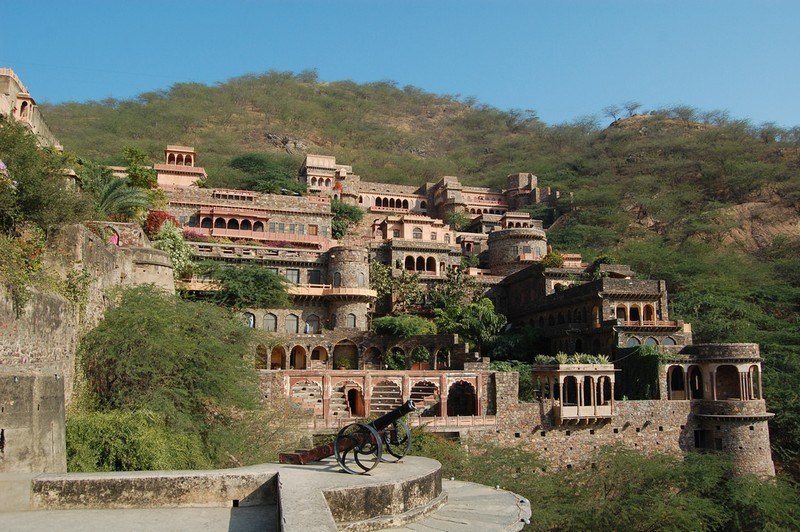 At a distance of 72 km from Alwar, 147 km from Jaipur and 121 km from New Delhi, Neemrana is an ancient historical town located on Delhi - Jaipur highway in Alwar district in Rajasthan. It is situated between Behror and Shahjahanpur and is among popular tourist places to visit near Delhi, Jaipur, Noida & Gurgaon for a day trip.

Neemrana town is famous for its magnificent Neemrana Fort Palace. It was built in 1464 AD, occupied by Chauhans till 1947. Neemrana became the third capital of the descendants of Prithviraj Chauhan III. Neemrana derived its name from a brave local chieftain Nimola Meo, who when defeated by the Chauhans, pleaded that his name be given to his lost kingdom. It was subsequently conquered by the Mughals and the Jats before reverting back to the Rajputs in 1775 when the princely state of Alwar was established.

Neemrana Fort Palace is located on a high hillock and commands magnificent views of the surrounding valley. The entire property of Neemrana Fort Palace is spread over 25 acres of land while the 10 storey palace is built over 3 acres of land. In the year 1986, this palace underwent restoration and was transformed into a hotel. Now, this is one of the Rajasthan's oldest heritage luxury hotels.