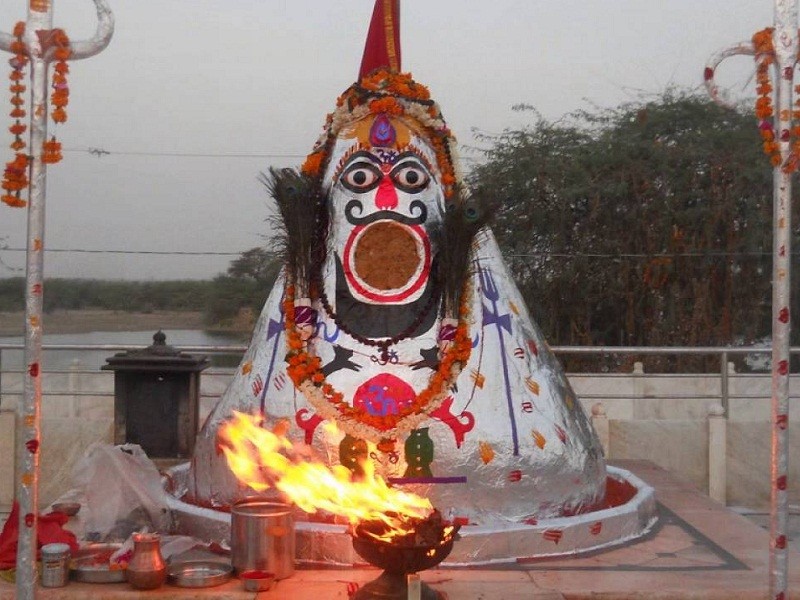 At a distance of 26 km from Bikaner, Kodamdesar Bhairu Ji Temple is a revered Hindu temple situated at Kodamdesar village in Bikaner district of Rajasthan.

Kodamdesar Bhairu Ji Temple was built by Rao Bika Ji, the founder and ruler of Bikaner (1472-1504 AD), who belonged to the royal family of Jodhpur. He left Jodhpur in 1465 AD to establish Bikaner State and built this temple during the first three years of his arrival from Jodhpur. This place of worship was initially chosen as the site to lay the foundation of Bikaner, but was later shifted to its present location.

Kodamdesar Temple is dedicated to Lord Bhairon Ji, an incarnation of Lord Shiva. Born out of Bhruguti (the place in between the two eyebrows), Lord Bhairon Ji was the fierce form of Lord Shiva. One of the first establishments by Rao Bika, the Kodamdesar Temple is a unique place to visit. The Temple is completely open, having no rooms and doors. There is only a huge idol of Bhairon Ji at the centre. The entire floor is built of white marble. One can see the presence of a number of dogs in the temple complex. There is pond behind the temple.

This temple is the location for the Bhadrapad Fair, which sees local artisans and craftsmen flock to the place. The temple is visited by newly-wedded couples for seeking Lord's blessings. New born babies are also brought here for Mundan (first hair-shaving ceremony).