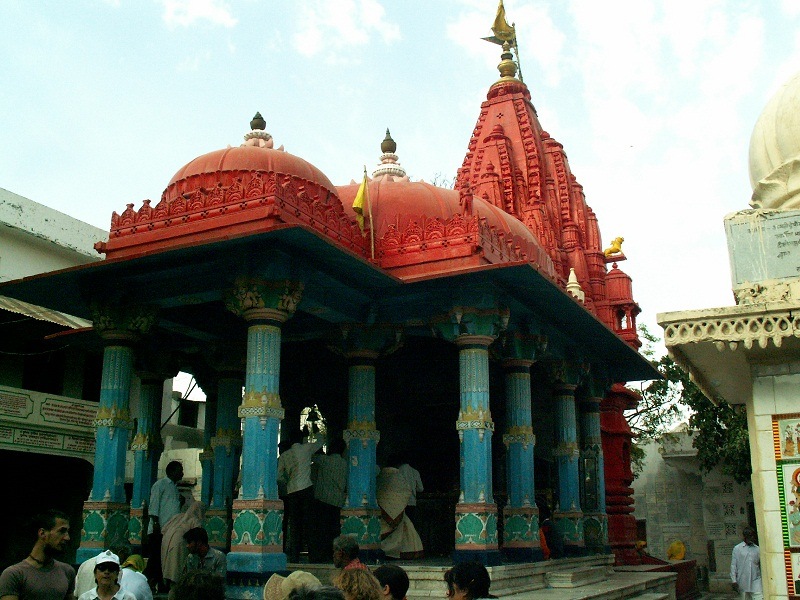 #1 of 8 Places to Visit in Pushkar

Travel Tips: Married men are not allowed into the sanctum sanctorum as this place is reserved only for ascetics or sanyasis.

At a distance of 1.5 km from Pushkar Bus Station, Brahma Temple is a Hindu temple situated in the sacred town of Pushkar in Rajasthan. This is one of the few temples dedicated to Lord Brahma in India and among the must-visit places during Pushkar trip.

The temple was dedicated to Lord Brahma, the creator of the universe. According to the Padma Purana, Lord Brahma was in search of a suitable place to perform a Yagna when the lotus was fell from his hand on the Earth. Miraculously a lake sprang up at the place where the Lotus touched the earth and Brahma considering it a good omen decided to perform his Yagna and named the town Pushkar. But when his wife Saraswati failed to join him, he married a local maiden Gayatri and completed the Yagna. On getting to know about this, an enraged Saraswati cursed Brahma that from this day forth he would be worshiped only in the land of Pushkar and nowhere else on Earth.

Although the structures of the temple built in the 14th century, it is believed that the temple is about 2000 years old. It has a unique architecture along with the majestic red pinnacle. The temple comprises a raised platform, red spire, stone slabs, marble floors, and an image of swan, the sacred vehicle of Lord Brahma. A life-sized four-armed idol of Lord Brahma and a silver carved turtle is situated inside the temple. Devotees visit this temple only after taking a holy dip in Pushkar Lake, one of the prominent tourist places in Pushkar.

During the Kartika Purnima in the month of November, Pushkar Temple is crowded with thousands of devotees as it is the time that marks the period during which Brahma performed his Yagna in Pushkar. Holy dip in the water of Pushkar Lake and bow their head before the Lord Brahma has its own significance in Hindu culture. This is also the time when the sleepy town of Pushkar comes alive with the joyous Pushkar Camel Fair.