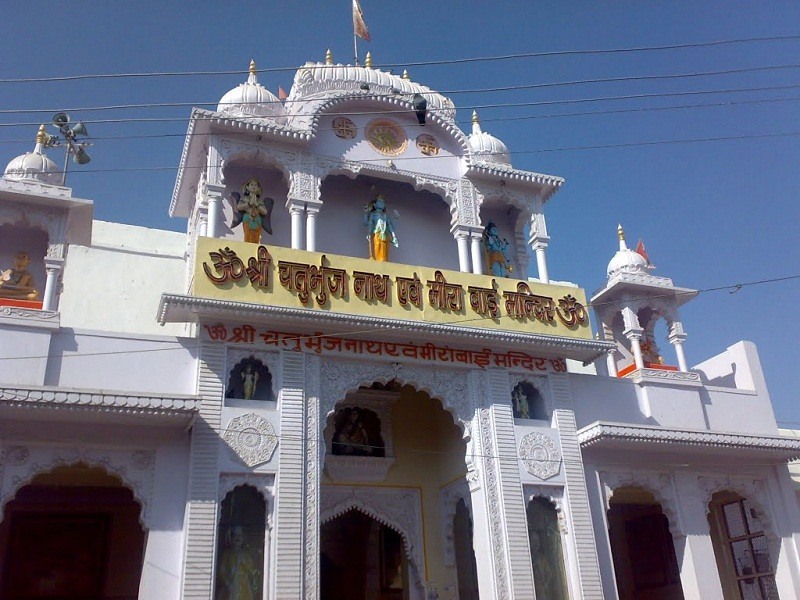 #7 of 8 Places to Visit in Pushkar

At a distance of 63 km from Pushkar, Merta is a historical town and municipality located in Nagaur district of Rajasthan. Merta is one of the famous heritage sites in Rajasthan and also one of the top tourist places to visit in Pushkar.

Merta was the birth place of Meera Bai, the staunch devotee of Lord Krishna. In olden days, the place was known as Medantak and was the capital of a ruler named Nag Bhatt. Around 1488 AD, it was held by Rao Duda, fourth son of Rao Jodha, and grandfather of fabled saint Princess Mira Bai. Later, during the reign of Rao Veeramdev, Merta was attacked by Rao Maldeo Rathore of Jodhpur and captured it. Maldeo built the fort of Malkot, which is now in ruins. This is also the place where Marathas defeated Jodhpur and Jaipur armies. Later, it came under the rule of Emperor Akbar in 1562 AD. At one time, it was a great trade center and was the headquarters of a district of the same name in the princely state of Jodhpur.

Mira, the celebrated devotee of Lord Krishna and a great poetess of the medieval period, belonged to this place. The town has many temples, that of Charbhuja Temple or Mira Bai Temple being the most celebrated one. A massive mosque believed to have been constructed by Emperor Aurangzeb over a ruined Shiva Temple, is worth seeing for its exquisite Mughal architecture.

Dangawas, about 3 km from the town, was the scene of a bloody battle between the Rathores and the Marathas resulting in heavy casualties to both sides. However, the Marathas emerged victorious. One can also visit Mira Bai Museum, and Banwala Mata Temple. There are numerous cloth paintings depicting Mira Bai in various postures displayed in the museum.