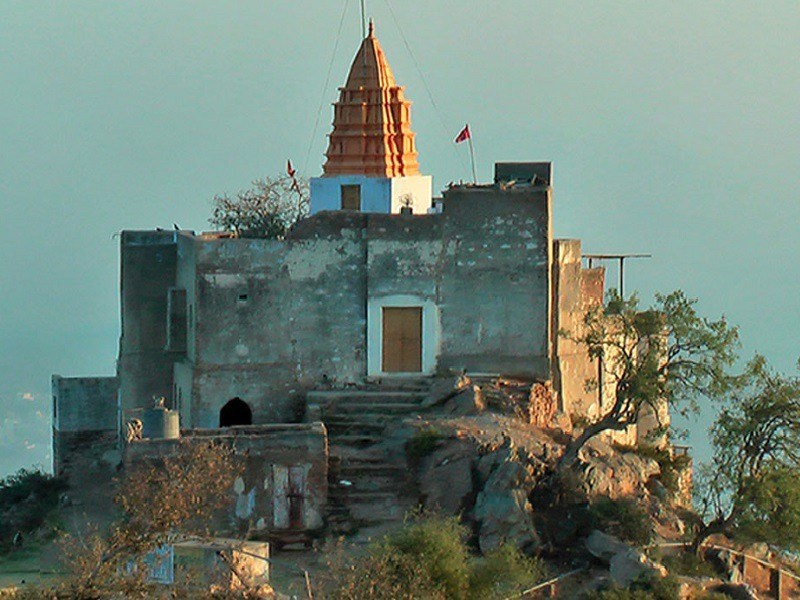 #8 of 8 Places to Visit in Pushkar

At a distance of 3 km from Pushkar Bus Station, Savitri Temple is Hindu temple located on the top of Ratnagiri Hill behind Brahma Temple in Pushkar. It is one of the popular places of sightseeing in Pushkar.

The temple is dedicated to Goddess Savitri or Saraswati, the first wife of Lord Brahma. The temple was built in 1687 CE on the hilltop and was rebuilt by Bangar family in early 20th century. Both the idols of Savitri and Gayathri are kept here. The idol of Savitri dated back to 7th century AD.

According to the legend, Lord Brahma was performed a Yagna at Pushkar where his wife Saraswati could not reach on time. Hence, in order to perform the pooja in time, Lord Brahma completed the ritual with the help of a local girl, Gayatri- who then became the second wife of Brahma. Savitri became furious at this and cursed him that he will only be worshipped only in Pushkar and went to the hilltop. Also, the aarti is performed first in Savitri Temple and then in Brahma Temple.

The temple is situated at an elevation of about 750 feet and a flight of 650 steps take you to Savitri temple, which is the second most significant temple in the town. The best time to visit the temple is early morning as visitors would be able to witness an absolutely stunning sunrise from the top of the hill. The 1.5 km long route to the temple is hard and strenuous. There is also a ropeway facility to reach the temple from the bottom of the hill. Savitri Temple is also the best place for enjoying the scenic view of the lake, Pushkar town and its surrounding picturesque villages.
Ropeway: Rs. 90 per Person (both ways)