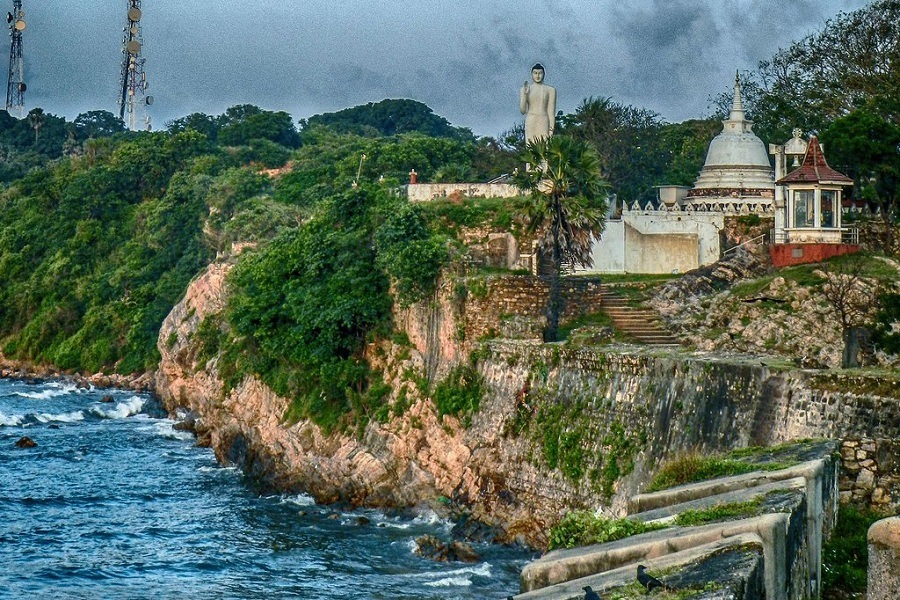 #2 of 13 Places to Visit in Trincomalee

At a distance of 600 m from Koneswaram Temple and 2.5 km from Trincomalee Railway Station, Fort Frederick is an ancient fort situated on the Swami Rock or Kona Malai in the port city of Trincomalee. It is one of the important landmarks in the history of Trincomalee and among the must include places in Trincomalee Tour Packages.

Also known as Trincomalee Fort, Fort Frederick was built in the 17th century by the Portuguese. The fort was built on the Swami Rock with the remains of the famous Koneswaram temple, which was also known as a temple of a thousand pillars. This fort was captured by a Dutch fleet under Admiral Westerwold in 1639 and in 1665 a new fort was built here by the Dutch to defend against the advancements of the British and the French. They renamed it, Fort Fredrick. The French captured Trincomalee in 1672 and was taken over by the British in 1795, and remained a British garrison till 1948. Today it remains garrisoned by a detachment of the Gajaba Regiment, Sri Lanka Army, but accessible to visitors.

This historic landmark with a daunting entrance is a crowd puller in terms of history and nature sightings. While the history is interesting, the presence of freely-roaming spotted deer adds charm to the stroll through this fort. The fort also houses a sacred Hindu temple along with a Buddhist Vihara. One will find the Wellesley Lodge not more than 100m from the fort gate. The Wellesley Lodge was the residence of Colonel Wellesley, the Duke of Wellington and now is the officer's mess of the 2nd battalion of the Gajaba Regiment of the Sri Lankan Army. Visitors can also enjoy breathtaking views of the sunset and panoramic sights of the Trincomalee Bay from the fort. One can explore the Fort on foot or hire a tuk-tuk.