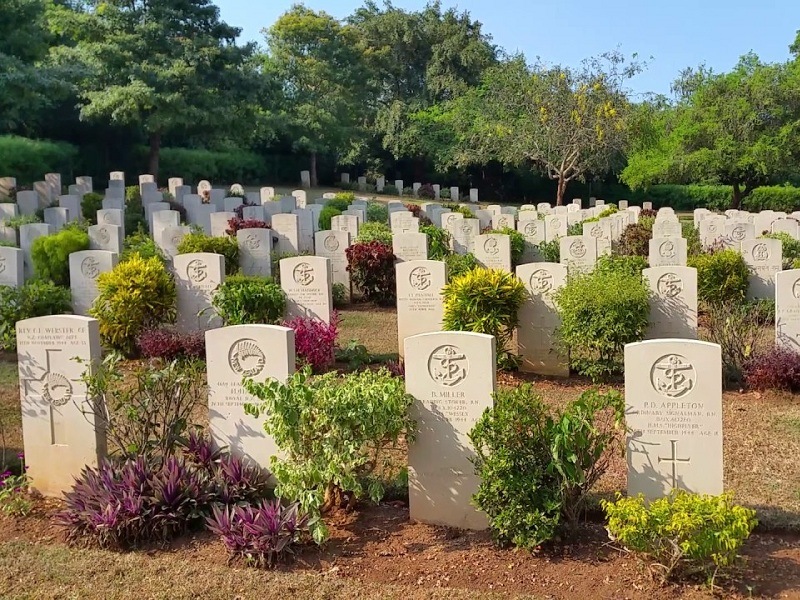 #7 of 13 Places to Visit in Trincomalee

Trincomalee War Cemetery is the final resting place of the British and local soldiers who laid down their lives during World War II, is a quiet solemn place. Set in a well-maintained garden, this is one of the six Commonwealth war cemeteries in Sri Lanka. After the Japanese defeated Singapore in World War II, Trincomalee was a strategic Naval & Air-Force Base of the British and Allied Powers in South Asia. On April 9th, 1942, the Trincomalee port came under attack by the Japanese. A British warship anchored in the harbor was destroyed during the attack, killing 368 soldiers and injuring many. Some of those bodies lie in this small cemetery. On the withdrawal of the British Forces from Ceylon it became the property of the Ceylon Government. It is maintained by the Sri Lankan Ministry of Defense on behalf of the Commonwealth War Graves Commission.

This cemetry has marked gravestones of around 364 commonwealth soldiers. The buried include soldiers from Sri Lanka, India, Canada, New Zealand, France, East Africa, South Africa, Italy, Pakistan, and Myanmar. The graves cover one hectare of land and every tomb is marked with the name of the soldier and the division of the military in which he served. One can also find a few non-war graves of men of the Merchant Navy whose death was not due to war service, and of civilians, some of whom were employees of the British Admiralty.