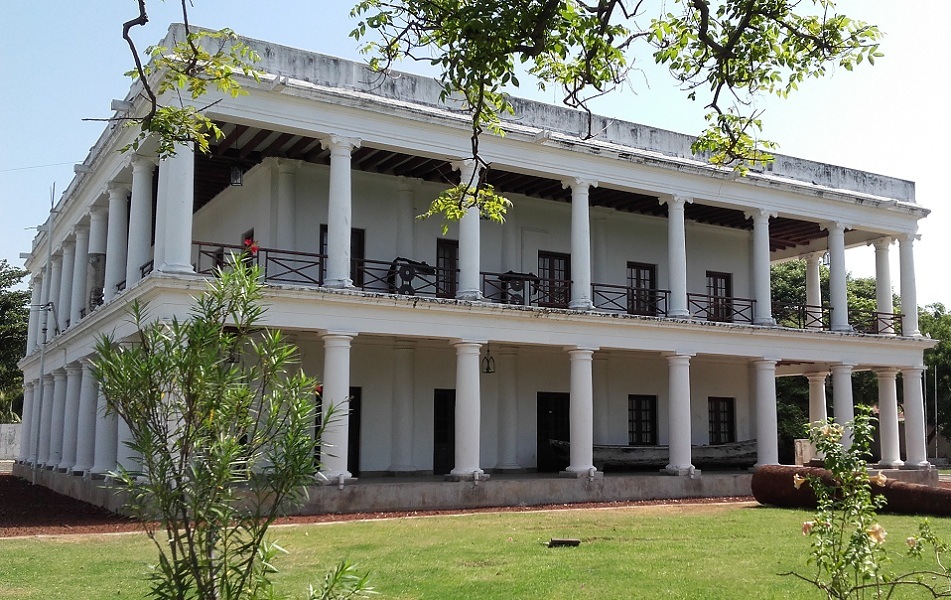 #6 of 13 Places to Visit in Trincomalee

At a distance of 2.5 km from Trincomalee Railway Station, the Maritime and Naval History Museum is a museum located at Trincomalee, Sri Lanka. Situated near Fort Frederick, it is one of the popular places to visit in Trincomalee during your Sri Lanka Tour.

The museum was opened in the year 2013 by then Sri Lanka president Mahinda Rajapaksa coincide with the country's 65th Independence Day celebrations. The museum has been established near Fort Fredrick in a Dutch Mansion where the Dutch first landed on the island in the 16th century. This beautiful colonial white building was the former residence of the Dutch Naval Commissioner from 1602 to 1795 and from 1795 to 1948 it had been used as the Urban Commissioner's residence. Seriously damaged during the war, it was fully renovated and restored to its former glory in 2013 with the assistance of the Government of the Netherlands under the direction of the Sri Lanka Archaeology Department and the Museums Department.

This informative museum offers important insights into Sri Lankan maritime history, marine biodiversity, and information on the history of the local Naval affairs. The building has two floors. Displays on the ground floor cover Sri Lankan naval history back to Marco Polo's time while the exhibits on the first floor throw light on the marine ecosystem with special emphasis on the flora and fauna of the east coast, especially that of Pigeon Island.