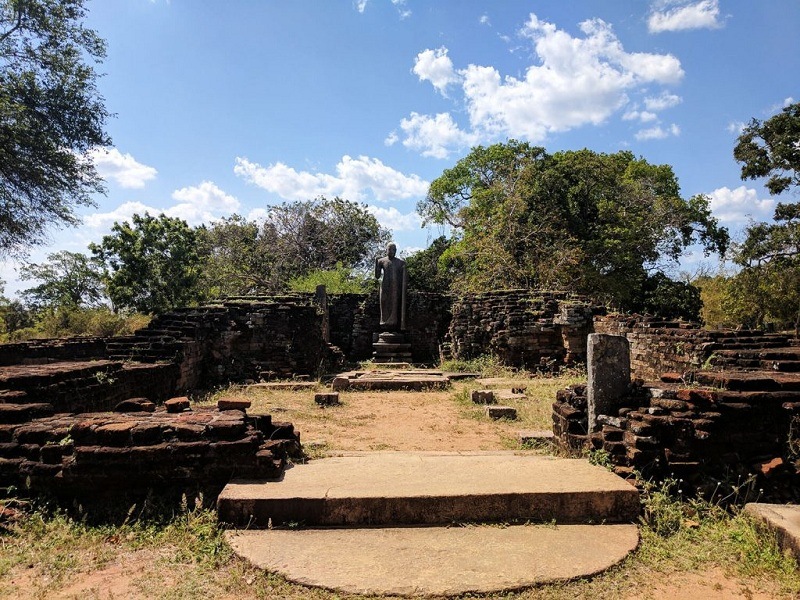 #4 of 13 Places to Visit in Trincomalee

At a distance of 12 km from Trincomalee Railway Station, Velgam Vehera is an ancient Buddhist site situated in Kanniya near Nilaveli. It is one of the prominent Buddhist temples in Sri Lanka and among the prime places to visit in Trincomalee.

Also known as Vilgam Rajamaha Viharaya, Velgam Vehera was one of the important Buddhist temples in the country, worshiped by both Sinhala and Tamil Buddhists. This temple is believed to be built during the reign of King Devanampiya Tissa (307-267 BC). Later, it was renovated by King Bathiya I, Agkbo II, Vijayabahu I and Parakramabahu I. Although many other Buddhist temples in the country ruthlessly destroyed during the Chola invasion in 993 AD, Velgam Vehera was renovated by the invaders by adding their own structures and renamed it Rajarajaperumpalli, after King Rajaraja I. Following the collapse of the Anuradhapura and Polonnaruwa Kingdoms, the temple was abandoned and fell into ruins.

The abandoned temple was discovered back in the year 1929 by the Sri Lanka Archaeological Department and was declared as an archaeological protected reserve in 1934. Within the walls of a broad prakara enclosing a huge area are several structures half covered by grass and shaded by trees. Dominating the center is the tall stone Buddha statue and is a sight to behold. Also, there are stone bowls, Tamil inscriptions, image houses, stone baths and brick dagobas with plain stone guard stones and plain moonstones.

Amidst the beautiful setting of tall trees and lush green lawns, strolling by the ancient ruins of the Buddhist temple is quite a tranquil experience. One can also do some meditation at the new monastery.