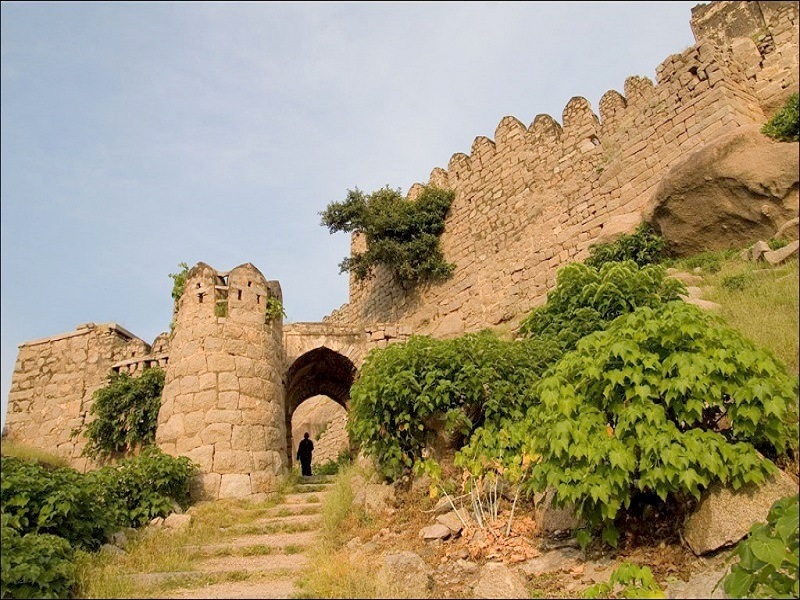 #1 of 7 Places to Visit in Nalgonda

At a distance of 1.3 km from Bhuvanagiri Railway Station, 54 km from Hyderabad, 74 kms from Nalgonda, and 11 km from Yadagirigutta, The Bhongir Fort is situated in Bhongir (also called as Bhuvanagiri) in Nalgonda district of Telangana. It is situated between Hyderabad and Warangal. This is a popular Hyderabad getaway for a short trip and important historical site around Hyderabad.

Bhongir Fort was built in 12th century by the Western Chalukya ruler Tribhuvanamalla Vikramaditya VI and was thus named after him as Tribhuvanagiri. This name gradually became Bhuvanagiri and subsequently Bhongir. The Bhuvanagiri Fort is located on a huge monolithic rock. The hill upon which the fort itself is built is about 500 feet high and spread on about 40 acres of land.

The Bhongir Fort is a unique egg-shaped construction with two entry points protected by huge rocks, so the fort was considered practically impregnable by invading armies. A moat encircles the fort and the place itself has a huge underground chamber, an armory, stables and trap doors, among others. The hilltop gives a wonderful bird's eye view of the surrounding area. The old steps from bottom to top of the hill are in good shape and can have thrilling experience by climbing this hill.

The fort is associated with the rule of the iconic queen Rudramadevi and her grandson Pratapa Rudra. Later the impregnable fort was captured by the Qutb Shahi Kings and extended during their rule.

Apart from the fort, there is a Hanuman temple and a number of ponds that can be seen at the hilltop. There is also a statue of Sardar Papanna at the bottom of the hill. He was a monarch belongs to the Goud community and a brave warrior who ruled the region around Warangal and Bhongir during Mughal ruler.

The Tourism Deapartment has started Rock Climbing School at Bhongir Fort. At this school one can try learning professional rock climbing.