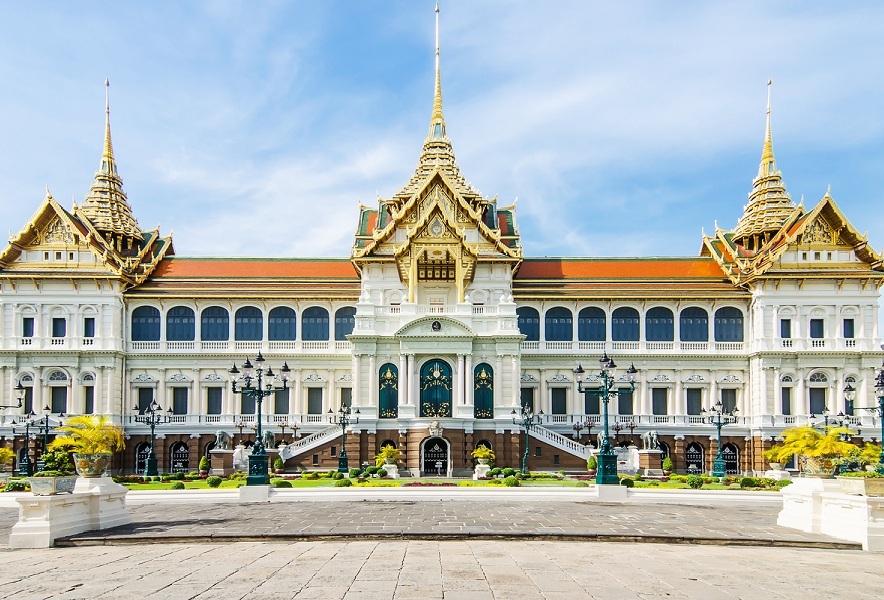 Place Location: At The Heart Of Bangkok

At a distance of 34 km from Suvarnabhumi Airport, the Grand Palace is a complex of buildings situated at the heart of Bangkok in Thailand. It is one of top places to visit in Bangkok and is a must include place in Bangkok Tour Packages.

The construction of the Grand Palace was started in 1782 by King Rama I when he moved the capital city from Thonburi to Rattanakosin Island. Throughout successive reigns, many new buildings and structures were added, especially during the reign of King Rama V. The palace had been served as the official residence of the Kings of Thailand and also as the site of administrative offices. By 1925, the king and the royal family had moved to other residences while all government agencies completely moved out of the palace after the abolition of absolute monarchy in 1932. However, it is still used for several royal ceremonies and state functions.

Situated on the banks of the Chao Phraya River, this rectangular shaped palace complex is laid very similar to the palaces of Ayutthaya, the glorious former capital of Siam which was raided by the Burmese. This complex is made up of numerous intricately designed Thai and European style buildings, gardens, halls courtyards. It is divided into several quarters which include the Outer court, Middle Court, Inner Court and Siwalai Gardens.

The Outer Court, near the entrance, used to house government departments and the Temple of the Emerald Buddha. The Central Court is where the residence of the King and halls used for conducting state business were located. Only two of the throne halls are open to the public, but one will be able to marvel at the exquisite detail on the facades of these impressive structures. The Inner Court is where the King's royal consorts and daughters lived. Even though no royalty currently reside in the inner court, it is still completely closed off to the public. Dusit Maha Prasat Throne Hall, Phra Maha Monthian and Borom Phiman Mansion are the highlights inside the palace complex.