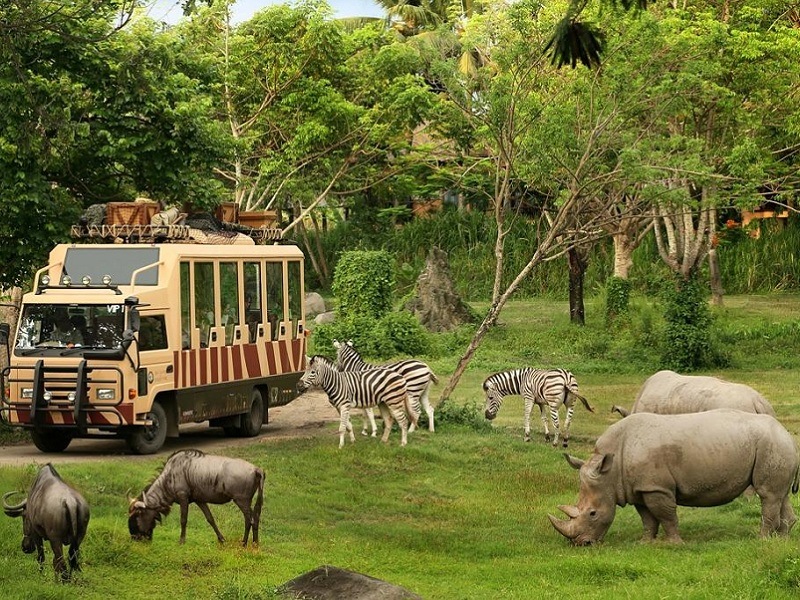 At a distance of 27 km from Suvarnabhumi Airport and 43 km from Grand Palace, Safari World is an open zoo and leisure park in Bangkok. It is one of the top places to visit in Bangkok and must include in Bangkok Tour Packages.

Opened in 1988 and operated by Safari World Public Limited, Safari World consists of two parks named Marine Park and Safari Park. The open space of Safari Park represents 480 acres for its open zoo and 180 acres for its bird park. It is very impressive 8 km long land where animals wander freely and is home to many species of herbivores like zebras, camels, antelopes, gazelles, rhinos and an amazing amount of large birds like ostriches, pelicans, cranes, and nightmarish marabou storks. It's a really different experience to drive in the middle of free and healthy animals which are obviously not paying much attention to human visitors. However, don't miss the giraffe feeding platform where you can feed banana to these friendly giants.