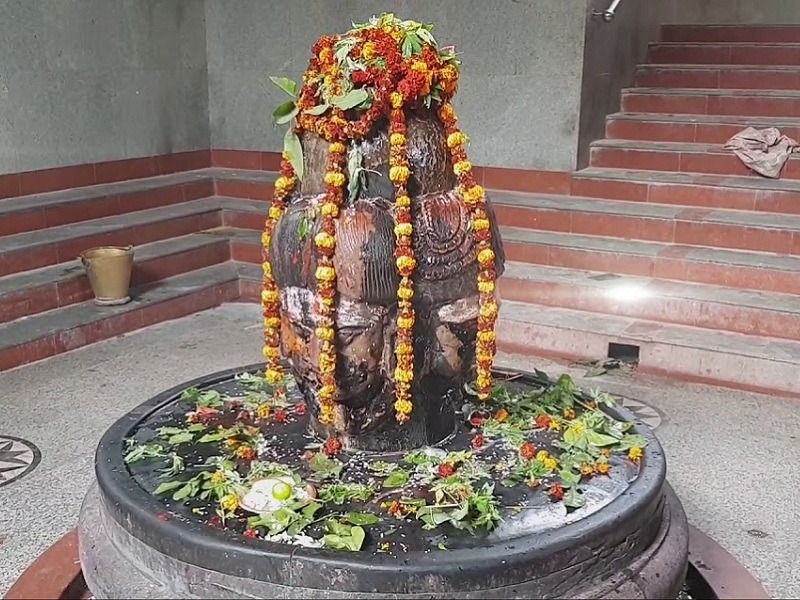 At a distance of 2.5 km from Basarh Bus Station, Chaumukhi Mahadev Temple is a sacred Hindu shrine located in Vaishali, Bihar. It is one of the historic Hindu temples in Vaishali, and among the well-known places to visit in Vaishali.

Chaumukhi Mahadev, or Chaturmukhi Mahadev, is a historic Hindu temple dedicated to Lord Shiva. Also known as 'Vikramaditya Chaumukhi Mandir', the temple houses a huge Shivling with four faces representing Lord Brahma, Vishnu, Shiva, and Surya. It is said that the four faces of the Shivalinga point towards the 4 directions.

While the construction time is unknown, the temple is believed to have been built during the 5th century. According to legend, the temple existed during the Ramayana period. Lord Rama, Lakshmana, and Sage Vishwa Mithra visited the temple while on their way to Mithila, the kingdom of Janaka. It is also believed that Buddha and Mahavir stayed in the shrine. Chaumukhi Mahadeva Temple is the mid-point of Kashi Vishwanath Mandir, and Baidyanath Dham (Deoghar).

This sacred shrine attracts many tourists and pilgrims alike. The footfall increases on all Mondays, and on Maha Shivaratri. The whole temple is beautifully decorated and devotees start visiting the temple from early hours on this auspicious day.