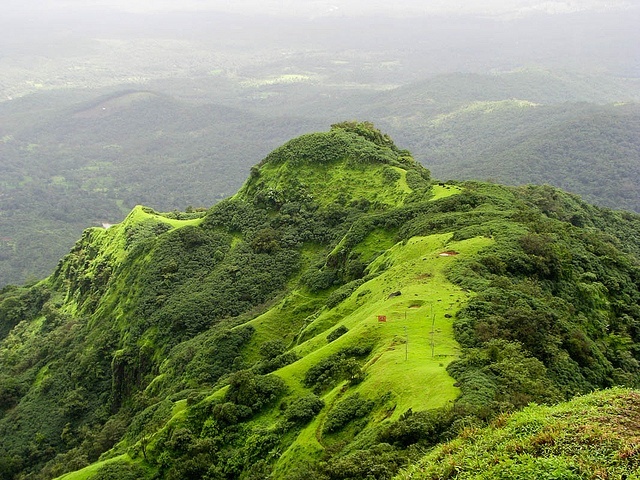 At a distance of 88 km from Panjim, 68 km from Belgaum, and 119 km from Kolhapur, Amboli is a hill station in Maharashtra situated at an altitude of 690 m (2000 ft). It is the last hill station before the coastal highlands of Goa, and amog the top places to visit near Kolhapur.

This hill station forms the southern range of the Sahyadri Hills. The Konkan coast lies on one side of Amboli, whereas valleys are found on the other three sides. A British Colonel Westrop made a major contribution to the development of Amboli as a hill station.

Amboli is an idyllic hill station that comes alive in monsoon when the area is abounding with waterfalls and mist. Amboli is receiving an annual rainfall of about 750 cm, the wettest region in Maharashtra.

The best time to visit Amboli is between October and February when the waterfalls can be seen gushing down from the hills. The sunset point, Amboli Waterfall, the origin of Hiranyakeshi River, Shirgaonkar Falls, Nagatta falls are worth visiting. The Hiranyakeshi River originates from a cave adjacent to the Hiranyakeshi temple and flows out from the 'Kund'. The Mahadevgad Fort is about 3 km from Amboli. The Nagatta Falls is an excellent location for picnics and relaxing. Amboli has many viewpoints, like the Sea View Point, the Kavelsad Point, the Parikshit Point, and the Mahadevgad Point. Located 10 km from Amboli, the Bauxite Mines are another attraction.

Rickshaws, rented taxis, and even horses are found in plenty for sightseeing in Amboli.