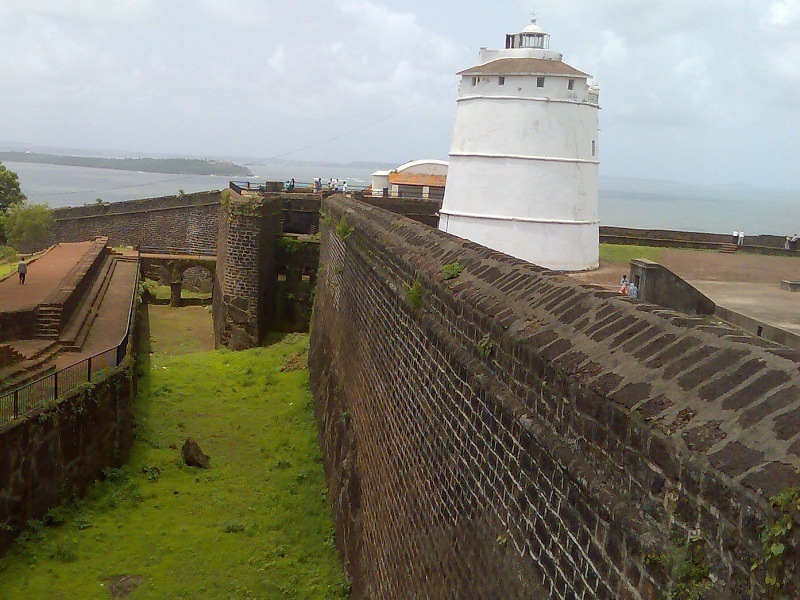 At a distance of 15 km from Panjim Kadamba Bus Stand, 4 km from Candolim and 49 km from Margao Railway Station, the grand Fort of Aguada was constructed to prevent the entry of ships into the River Mandovi thus protecting old Goa from the attacks of Dutch and Marathas. Aguda Fort is one of the prime Goa tourist places and one of the major heritage sites in Goa state. Aguada Fort is one of the top attractions you must include in Goa packages.

The Aguada Fort was built by the Portuguese colonial rulers on the beach south of Candolim at the shore of the Mandovi River in 1612. A freshwater spring within the fort provided water supply to the ships that used to stop by. This is how the fort got its name 'Aguada' meaning Water. The heart of the fort was protected by two hundred cannons and a deep dry moat, which one still has to cross to get inside.

A central jail and a lighthouse built during the 19th century are also located near this fort. This is presently serving as the Central Jail. Aguada Fort boasts of the first ever light house in Asia. Equipped with ammunition rooms and barracks, Fort Aguada was the first line of defense as far the Portuguese control over the region of Goa was concerned. This lighthouse was home to a gigantic bell that was retrieved from amongst the ruins of the St. Augustine Tower at Old Goa. However, the bell has now been moved to the Our Lady of Immaculate Conception Church at Panaji.

The Aguada Fort is easily accessible from Panaji and Mapusa through local buses, taxis and motorbikes.