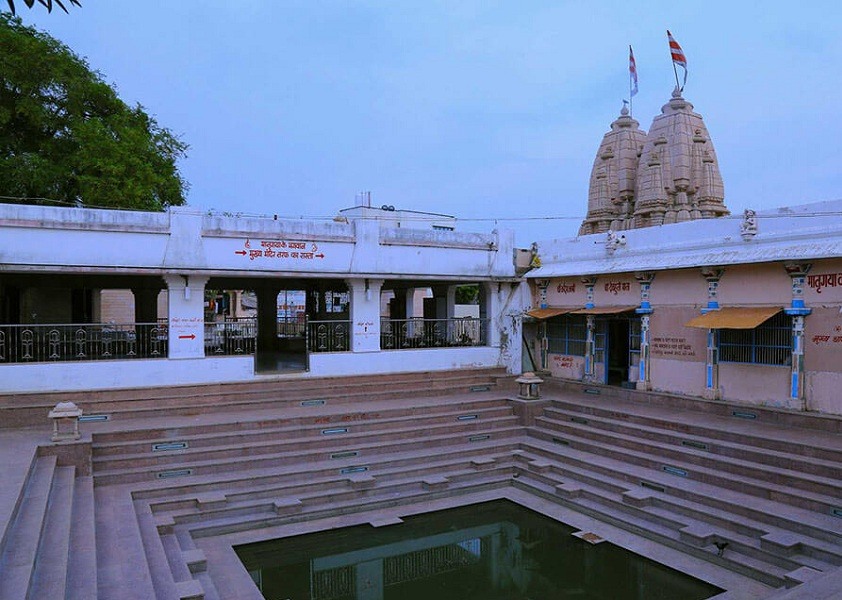 At a distance of 27 km from Patan and 36 km from Mehsana, Bindu Sarovar is a sacred pond located in Siddhpur town near Patan, Gujarat. Situated on the banks of Saraswati River, it is one of the holy places in Gujarat and among the most visited places near Patan.

Bindu Sarovar simply means a lake of drops. It is believed that Lord Mahavishnu's tears have fallen in this lake. Also known as Matru Gaya Kshetra, Bindu Sarovar is one among the five sacred theerthas of Hindu religion - Pancha Sarovar. The other four are Manas Sarovar in Tibet, Pushkar Sarovar in Rajasthan, Narayana Sarovar in Gujarat and Pampa Sarovar in Karnataka. Hindus normally go to Gaya in Bihar to offer pinda to their male ancestors but Bindu Sarovar is the only place in India where Matru Shradh is being carried out. It is also known as the Sri-sthal or a 'pious place' and finds a reference in the ancient Vedic text the Rig-Veda.

According to legend, Bindu Sarovar is the place where Sage Kardhama did severe penance for 10000 divine years and had the darshan of Lord Vishnu. It was on the banks of River Saraswati at this Bindu Sarovar, Sage Kapila had preached Moksha Gnana to his Mother Devhuti and performed the Matru Shradh of his mother salvation. It is said that at Bindu Sarovar Lord Parshuram also performed 'Matru Shradh' and his temple is also created here for darshan. Hence, Bindu Sarovar is considered as holy as Triveni Sangam at Allahabad.

Along the shore of the Bindu Sarovar, one can find the temples of Sri Kapila Mahamuni, Sage Kardhama Prajapathi, Devahuti, and Gaya Gadhadhara in the same line. There is a temple of Lord Shiva on the opposite side. Since sage Kapila performed this discourse in the holy month of Kartik as per Hindu calendar, this place witnesses a huge fair, every year in the month of Kartik, where people from far and nearby places visit this holy Sarovar to perform the rituals for their dead mothers.

One can also visit two protected monuments in this town under the Archaeological Survey of India. They are Ruins of Rudra Mahalay temple and Jami Masjid. The Rudra Mahalay Temple was built in the 12th century by Siddhraj. The temple is an architectural wonder with a three-storeyed 'shikhara', 1600 pillars, 12 entrance doors, central mandap and porches in four directions. Around the temple, there were 11 shrines of Rudra. The eastern gate was adorned with beautifully carved 'Toran', with a flight of steps leading to the Saraswati River. The ornamentation of the temple was exuberant as shown by the elaborate and detailed carvings of the pillars and the beautiful Toran, which are the only remains of the temple today. Also, the town of Siddhpur is known for its mansions and havelis largely belonging to the Dawoodi Bohra community.