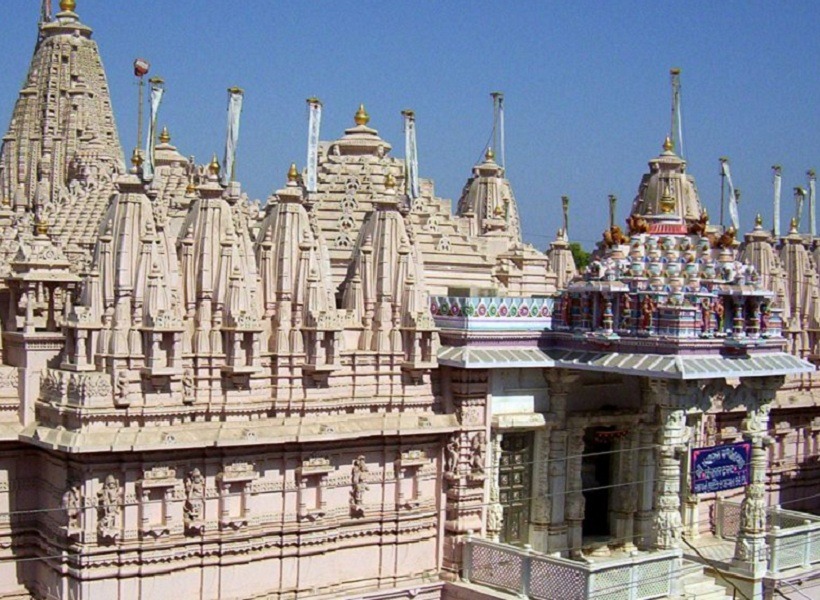 At a distance of 2 km from Patan Railway Station, Panchasara Parshwanath Jain Derasar is a Jain Temple situated in Gungdipati Part of Patan city. It is one of the ancient Jain temples in Gujarat and among the top places to visit in Patan.

Panchasara Parshwanath Jain Derasar is one of the largest of more than 100 Jain temples in Patan. Dedicated to Shri Parshwanathji, it was built by King Vanraj Chavda around 746 CE. He brought the moolnayak idol from his native place Panchasara and hence called as Panchasara Parashwanath Bhagwan. Temple was destroyed by the Muslim invaders and again renovated in the course of time. The renovated Jinalaya of the past was made of wood and was rebuilt in stone during the 20th century. There are about 51 smaller temples surrounding the main temple.

Also known as the Jinalaya Vanraj Vihar, Panchasara Parshwanath Temple is adorned with sophisticated stone carvings and white marble floors that are characteristic of Jain architecture. The length of this grand temple is 180 feet and its width is 90 feet. All the domes, pillars, ceilings, walls, mandaps of this temple are decorated with wonderful carvings and artistic images.

The main sanctum of the temple houses nearly 120 cm high white marble idol of Bhagwan Panchasara Parshwanath in Padmasana posture. There is an umbrella of 7 hoods over the head of the idol. It is said that the main idol of the lord is much older than 746 CE. One can find Shri Chandraprabhswami on one side of Lord Parshwanath. It also has a white marble image of Vanaraja.
In the vicinity of the temple, there is Hemchandracharya Jain Gyan Mandir that contains valuable Jain manuscripts, some of which were written in ink made of gold. Prior permission of the custodian is required for accessing these manuscripts stored in safes.