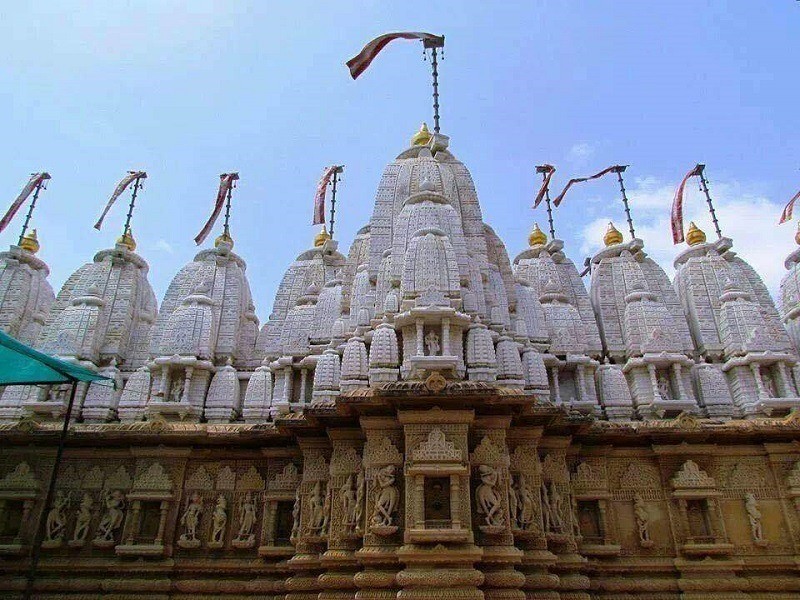 At a distance of 60 km from Patan Railway Station, Shankeshwar Jain Temple is an ancient Jain temple located in Shankeshwar town in Gujarat. It is one of the important Jain pilgrimage sies near Ahmedabad, and among the best places to visit as part of Patan sightseeing packages.

Built in the year 1098 CE by Sajjan Shah on the banks of the Rupen River, the temple is dedicated to Lord Parshwanath. Later, Vastupal Tejpal renovated this temple under the instructions of Vardhamansuri in the year 1229 CE. The temple was destroyed by Alauddin Khalji in the 14th century and later in the 16th century CE, a new temple with 52 idols was built under the inspiration of Vijaysensuri. But, the current temple was built in 1811 CE.

The Shankeshwar birth ranks next only to those on Shatrunjaya Hill in Palitana, in terms of importance to the Swetambara Jains, and among the most prominent places to visit in Patan. Besides the original sanctuary, the temple has an open square, a decorated square, a vast square, and two assembly halls. The sanctum sanctorum of the temple houses nearly 182 cm high white-colored idol of Bhagwan Shankeshwar Parshva in Padmasana posture. The sanctum of the presiding deity is flanked by two smaller sanctums dedicated to Lord Bhidbhanjan Parshwanath and Lord Ajitanatha. The idols of Dharanendra, Padmavati, Parshva, and Chakreshwari are also in the temple.

Besides, one can also visit several other Jain temples in Shankeshwar such as the Agam Mandir, the modern sprawling complex of 108 Parshwanath, and Padmavati (108 Parshwanath Bhaktivihar Tirth), Rajendrasuri Navkar Mandir, Kalapurnam Smriti Mandir, the Guru Mandir, and Dadawadi.