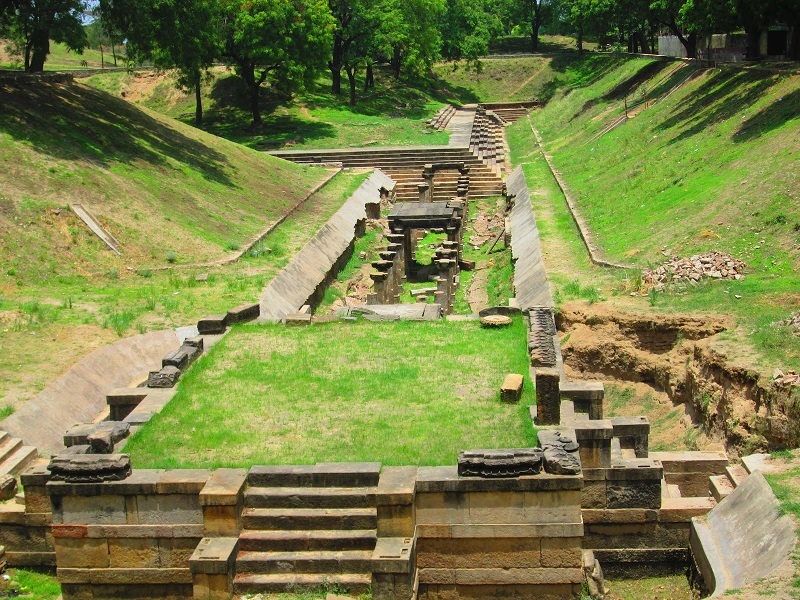 At a distance of 1 km from Rani ki Vav and 5 km from Patan Railway Station, Sahastralinga Talav is a medieval water tank located in Patan, Gujarat. Maintained by Archaeological Survey of India, it is one of the prominent places of heritage in Gujarat and among the top places to visit in Patan.

Sahasralinga Talav, meaning 'lake of a thousand lingams', was built in 1084 by Siddhraj Jaisinh over a lake originally known as Durlabh Sarovar, built by the King of Durlabhray. This tank is situated on the north-western part of Patan, on the banks of the Saraswati River. The water tank, which is now dry, is known to have been cursed by a woman named Jasma Oden, who refused to marry Siddhraj Jaisinh and committed Sati to protect her honor.

The Sahastralinga Talav is pentagonal in shape and marked by a series of mounds showing its shape. The talav is about 1 km broad and spans over an area of about 17 hectares. At its fullest, the talav would have contained about 4,206,500 cubic meters of water. In the center of the Talav is a large earth heap, the Bakasthana. On a raised platform over it, was built a rauza, an octagonal structure of Lakhori bricks. The most interesting of the relics are the channels, the well, steps and side elevation of the Talav, and a bridge. There is a finely carved three-ringed sluice gate that channeled water from the Saraswati River into the reservoir, and it is said that the lake had inbuilt natural filtration. About thousands of shrines dedicated to Lord Shiva were constructed on the edge of the water tank, but now there are remains of only some shrines.