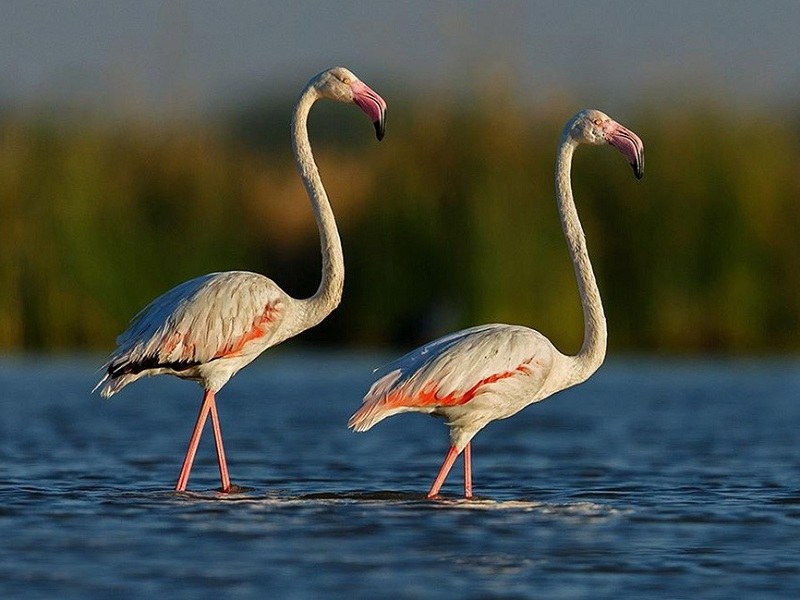 At a distance of 25 km from Rapar, and 124 km from Bhuj, Kutch Desert Wildlife Sanctuary is sanctuary located in the north eastern part of Kutch district in Gujarat. Situated in the Great Rann of Kutch, it is one of the famous places of wildlife in Gujarat, and among the popular places to visit as part of Rann of Kutch packages.

Kutch Desert Wildlife Sanctuary was established in February 1986. Covering an area of about 7505 sq. km, this is the largest Wildlife Sanctuary in India area wise and one of the largest seasonal saline wetlands of Gujarat having an average water depth between 0.5 to 1.5 meters. But, after October-November, water dries up and the entire area turns into a saline desert where thousands of Flamingoes nest and breed. The sanctuary has four hilly and rocky islands ('bets') such as Pachchham, Khadir, Bela, and Chorar along with Kalo Dungar and Goro Dungar hills.

Considered among the most popular Rann of Kutch tourist places the sanctuary is mainly established to preserve the nesting ground of the flamingo or Greater Flamingo. The world-famous 'Flamingo City' is located in the mudflats of the Rann, at a distance of around 10 km from the Nir outpost on Kalo Dungar. Hundreds of greater flamingoes breed here, particularly during the year at the optimum level of inundation. They construct their muddy nests, lay eggs, and rear young ones. Buried city Dholavira of Harappan civilization was excavated here, which attracts hordes of archeologists from all across the world.

The sanctuary supports a wide variety of water birds and a bewildering range of mammalian wildlife. Many timid and harmless spiny-tailed lizards, with their typical hide and run activity, are found in abundance in this sanctuary. Chinkara, fox, hyena, and nilgai are also in abundance and there are some occasional sightings of caracal also. Amongst birds, Greater flamingo, Lesser flamingo, the Great Indian Bustard, Spoonbill, White Pelican, Pintail, White-backed vulture, Black vultures, Black-necked storks, Cormorant, Indian cormorant, Brahmini duck, Shoveller, Pochard, Sandpiper, Gulls, Terns, Stints, Painted sand grouse, and Raptor, etc. are found in the sanctuary.

The northern boundary of this sanctuary forms the international border between India and Pakistan and is heavily patrolled by the Border Security Force in India with much of this sanctuary being closed to civilians after the India Bridge at Kalo Dungar (Black Hill), Khavda. Tourists and researchers can only enter here with special permission from the BSF.