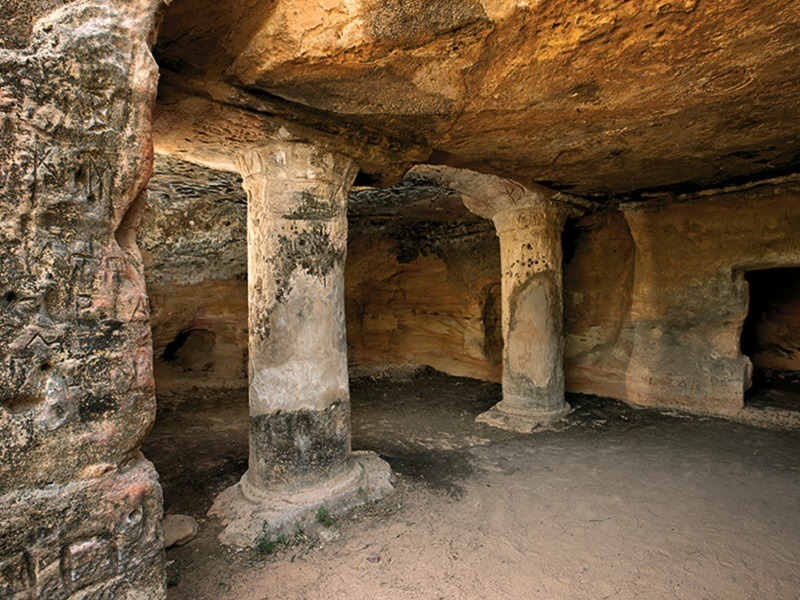 At a distance of 110 km from Great Rann of Kutch and 148 km from Bhuj, Siyot caves are the ancient rock cut caves located near Siyot village in Kutch district of Gujarat. Also referred as Kateshwar Buddhist Caves, it is one of the popular places to visit in Kutch and among the popular tourist places in Gujarat.

Dated around the first century AD, the Siyot Caves are a group of five rock-cut caves. The main cave has east facing sanctum, ambulatory and space divisions which suggests a Shiva temple from the first or second century. The cave was used by Buddhists later which can be concluded based on the seals found herein and the traces of Brahmi inscriptions. Other caves are simple single cells. The folklores suggest that Siyot Caves were among the 80 monastic sites reported by the travellers from China during the 7th century at the mouth of the Indus River. Local people believes that these caves were used by dacoits to hide things looted from people in past.

These caves are an important site to visit for those interested in inscriptions and architecture of the ancient time. The sculptures here are the center of attraction for the tourists. The excavation in 1988-89 recovered clay seals engraved with Buddha images in various mudras and seals engraved with late Brahmi and Devnagari inscriptions. Other findings were copper rings, Gadhaiya coins, terracotta Nandi with bell and chain, different types of earthen wares like Surahi. The site was repaired after 2001 Gujarat earthquake. There is a primitive step well located nearby. One can also visit Kateshwar Mahadev Temple close by.