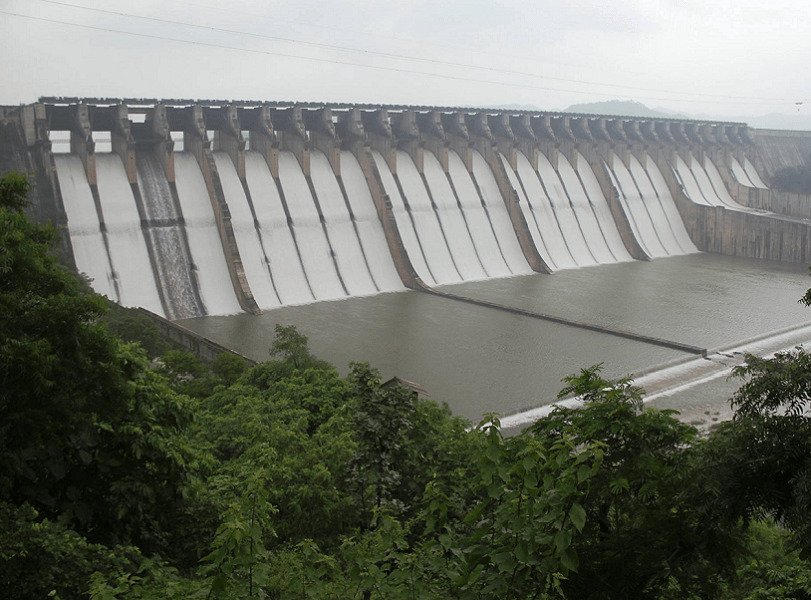 At a distance of 94 km from Vadodara, Sardar Sarovar Dam is a gravity dam on the Narmada River near Kevadia village in Gujarat, India. It is one of the largest dams in India and among the top tourist places in Gujarat as part of Vadodara Tour Packages.

Also known as Narmada Dam, the Sardar Sarovar project was a vision of the first deputy prime minister of India, Sardar Vallabhbhai Patel. The foundation stone of the project was laid out in 1961 by Pandit Jawaharlal Nehru. The project took form in 1979 as part of a development scheme to increase irrigation and produce hydroelectricity. The dam provides water to generate power and supply water for drinking and irrigation to states of Gujarat, Madhya Pradesh, Maharashtra and Rajasthan.

Having a length of 1.2 km and a depth of 163 m, it is the third highest concrete dam in India and the 2nd biggest concrete dam in the world. It is a part of the Narmada Valley Project, a large hydraulic engineering project involving the construction of a series of large irrigation and hydroelectric multi-purpose dams on the Narmada River. Following a number of controversial cases before the Supreme Court of India (1999, 2000, 2003), by 2014 the Narmada Control Authority had approved a series of changes in the final height and the associated displacement caused by the increased reservoir, from the original 80 m (260 feet) to a final 163 m (535 feet) from the foundation.

The river catchment area above the dam site is 88,000 sq. km and has a spillway discharging capacity of 87,000 cubic meters a second. Seven chute spillway radial gates and 23 service spillway gates are installed for flood control. The maximum water level is 140.21 m while the minimum draw down level is 110.64 m. The project will irrigate more than 18,000 sq. km, most of it in drought prone areas of Kutch and Saurashtra. The dam has two power houses - canal head powerhouse and river bed powerhouse - with an installed capacity of 250 MW and 1,200 MW respectively.

One can book a guided tour which will take you through 6 points around the dam site - a garden, the foundational stone laid by Jawaharlal Nehru, a site with a side view of the flow of the water from the dam, a lake where boating takes place, the first lock gate of the main canal, and a trekking site with a nature education camp for students. Near the site is also the Surpaneshwar Shiva temple that the Government had built to replace the original ancient temple that was submerged by the dam. Statue of Unity is situated approximately 3 km from the dam.