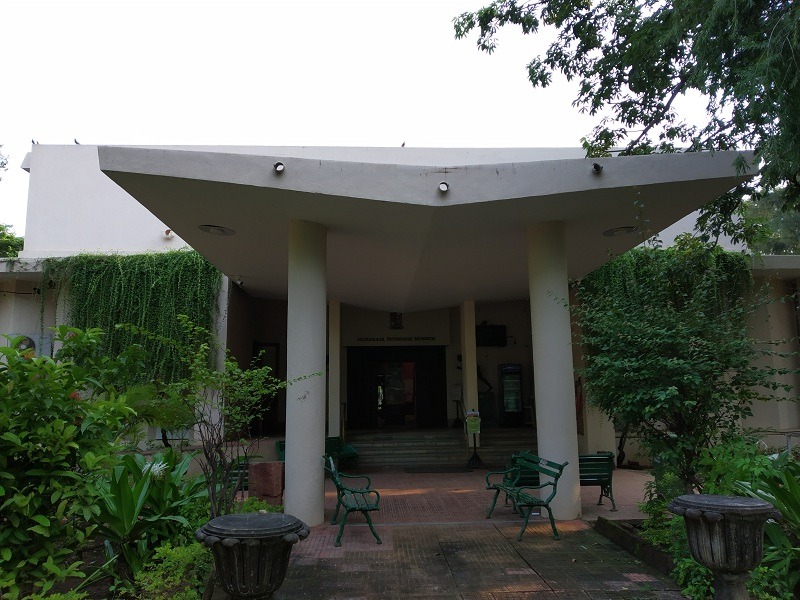 Travel Tips: Photography is strictly not allowed inside the museum.

The Fateh Singh Museum building was constructed in 1875 AD as Motibaug School for Maharaja Sayajirao Gaekwad III. Maharaja Pratapsinhrao Gaekwad and later Maharaja Fatehsinhrao Gaekwad as well as other members of the royal family including Maharaja Ranjitsinh Gaekwad completed their schooling here. This beautiful building of the museum is a reflection of the Indo-Saracenic architecture style that still houses personal belongings of the Gaekwad family. The building was converted into a museum in 1961. Today a large number of works of art belonging to the Royal family have been displayed in the museum.

The museum contains art works collected by Maharaja Sayajirao Gaekwad III during his numerous trips out of India. The major works of art in this museum are the paintings by European and Indian artists including a collection of the paintings of Raja Ravi Varma, who was specially commissioned by the then Maharaja of Baroda. The collection includes portraits of the Royal family in addition to the paintings based on Hindu mythology for which Raja Ravi Varma was famous.

There is a collection of sculptures in marble and bronze. These include copies of great masters in bronze commissioned by the Maharaja and also originals by renowned artists. One of the artists commissioned by the Maharaja was an Italian artist Fellicci whose works adorn not only the Museum but also the Lakshmi Vilas Palace. Some of Fellici's works can also be seen in the manicured Sayaji Garden. The museum has an Oriental Gallery which houses Japanese and Chinese artifacts collected by the Maharaja on his visits to these countries. The museum reflects the grandeur and lavish lifestyle of the Gaekwad family.

The fully functional Toy Train that the prince Ranjitsinh Gaekwad received on his fifth birthday from his father Pratapsinhrao Gaekwad, can now be found in the museum. In 2015, the museum has inaugurated a headgear gallery where vibrant headgears from Gujarat, Rajasthan and Maharashtra collected by Maharaja Ranjitsinh Gaekwad are displayed. This makes the museum one of the very few museums in the country to have a gallery dedicated to headgears.