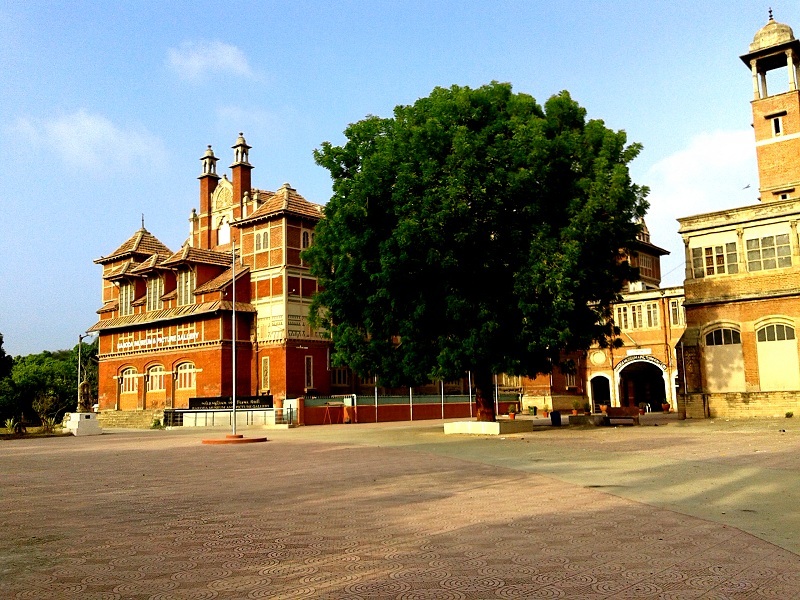 At a distance of 2 km from Vadodara Railway Station, Baroda Museum is a museum situated inside Sayaji Baug in the city of Vadodara, Gujarat. It is one of the popular museums in Gujarat and among the top Vadodara tourist places.

The Baroda Museum was founded by Maharaja Sayajirao Gaekwad III in 1887 and was opened to the public in 1894. Built-in Indo-Saracenic style of architecture, the museum building was designed by Major Mant & R.F. Chisholm on the lines of the Victoria & Albert Museum of London. The famed art gallery is known to have been completed in 1914 but was opened in 1921 as the transfer of special pieces from Europe that were intended to adorn the walls of the gallery were delayed due to the First World War.

Regarded as one of the prominent places to visit as part of Vadodara sightseeing packages, the museum and the picture gallery are located in separate two-storeyed buildings that are connected by a covered bridge passage. The general outline of the museum is of traditional Maratha architecture with a wooden framework filled with brick walls and the ground floor is of pure European brick style. The objects of the museum are exhibited in 28 galleries representing collections from Japan, China, Nepal, Europe, Tibet, Egypt, Greece, and Rome among others. Maharaja Sayajirao III had himself collected several artifacts before the establishment of the Baroda Museum, which he had later donated to the museum. The museum houses a vast collection of exhibits on Earth Sciences, Natural History, and Zoology. The main attractions of the museum are the Egyptian mummy and the 22m long blue whale skeleton that was founded in 1972 at the mouth of the River Mahi. The Ethnography section has exhibits about tribes of Gujarat like the Rabaris, Gamits, Bhils, Chaudhuris, and Wagharis.

The art gallery has a rich collection of European old masters, Veronese, Giordano, Zurbaran, some Flemish and Dutch school paintings, Turner and Constable, a collection of Mughal miniatures and valuable palm-leaf manuscripts of Buddhist and Jain origin. Several of the paintings are not only original but masterpieces at the picture gallery. It also has an excellent collection of art objects and paintings, including the famous Akota bronzes dating from the 5th Century AD. Other treasures include a full-fledged gallery of Tibetan Art. Besides, the museum has a library that houses nearly 23,000 books and journals on a range of subjects, some of them extremely rare.