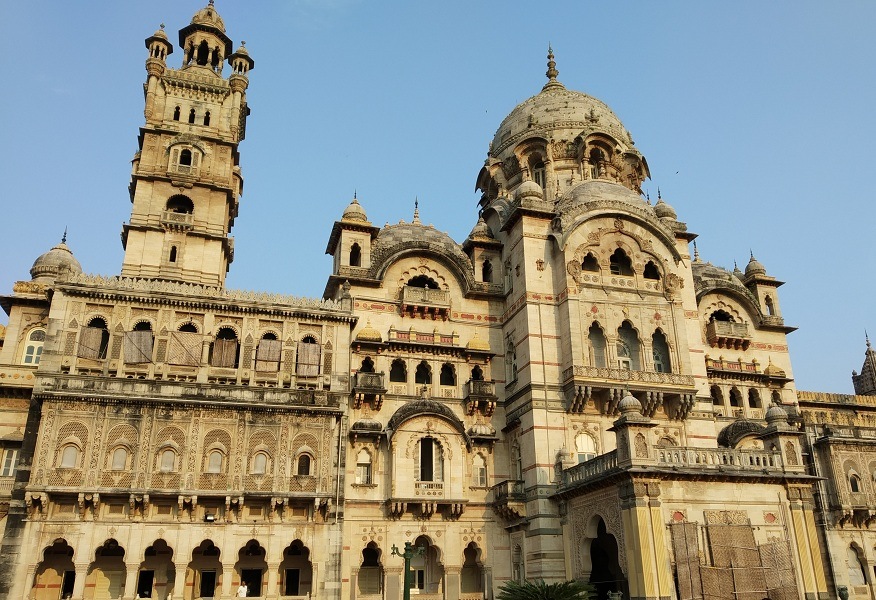 At a distance of 4 km from Vadodara Railway Station, Lakshmi Vilas Palace is an opulent royal palace located in Vadodara, Gujarat. Situated in Jawaharlal Nehru Marg, it is one of the most majestic palaces in India, and among the prime tourist places in Vadodara.

Built by Maharaja Sayajirao Gaekwad III, Lakshmi Vilas Palace was constructed in 1890 at a cost of GBP 180,000 (Rs.27, 00,000). Designed by Major Charles Mant, it is reputed to have been the largest private dwelling built to date and four times the size of Buckingham Palace. At the time of the construction, it boasted the most modern amenities such as elevators and the interior is reminiscent of a large European country house. It remains the residence of the Royal Family of Vadodara, the Gaekwads.

Spread over 700 acres, the Lakshmi Vilas Palace was built in the Indo-Saracenic style of architecture. The entranceway of the palace is basically a palm courtyard with an ornate fountain. It has 170 rooms and it was built just for the Maharaja and Maharani. The darbar hall is one of the most majestic features of the palace as it is adorned with mosaic floors, period furniture, Venetian chandeliers, and Belgian stained glass windows. This ornate room houses some of the best sculptures made of bronze, marble, and terracotta and is often used as the venue for cultural events and musical concerts.

The palace complex also consists of several buildings, particularly the LVP Banquets & Conventions, Moti Baug Palace, Navlakhi stepwell, Golf Course, the Maharaja Fateh Singh Museum building, and a small zoo. The Museum building was constructed as a school for the Maharaja's children. Today, one can see a large number of works of art belonging to the Royal family have been displayed in the museum as part of Vadodara packages. The most remarkable of these are the fabulous paintings of Raja Ravi Varma, who was specially commissioned by the then Maharaja of Baroda. The collection includes portraits of the Royal family in addition to the paintings based on Hindu mythology for which Raja Ravi Varma was famous.

In the 1930s Maharaja Pratapsinh created a golf course in its premises for his European guests. It was renovated and opened to the public by his grandson Samatjitsinh in the 1990s. There is also a miniature railway line, which circled the mango orchard within the palace compound, to take the children of the Royal family from the school to the main Lakshmi Vilas Palace. The train engine was recently refurbished by Ranjitsinh Pratapsinh Gaekwad that can be seen at the entrance of the Museum. The splendid palace also has many gardens which were designed by the very famous botanist Sir William Goldring who also designed the famous Kew Botanical Gardens in London.

Though the royal family still resides in this magnificent palace, a part of the palace is open for visitors. There is an hour audio tour in English Hindi and Marathi available. Photography inside the palace is strictly prohibited.