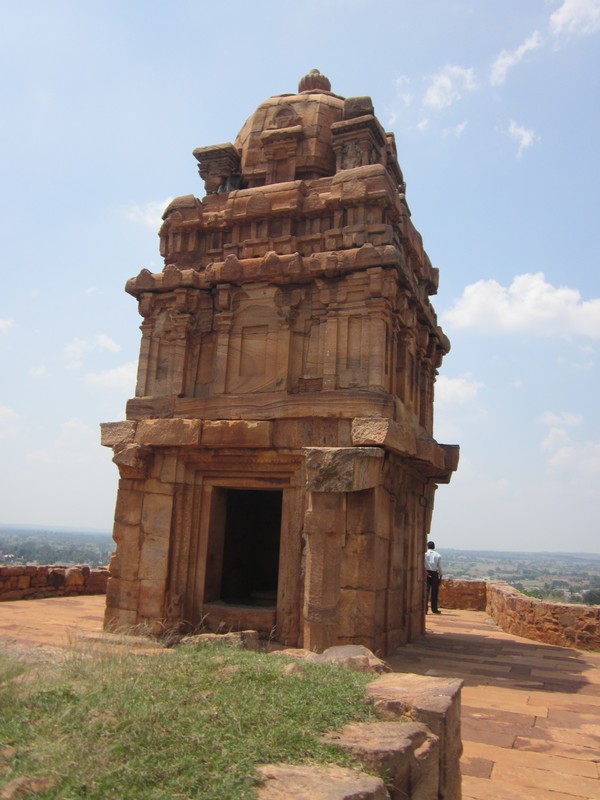 Place Location: On The North Banks Of Agasthya Lake

At a distance of 1.5 Kms from Badami Bus Station and behind Badami Museum, Badami Fort is situated on top of a hill on the northern banks of Agasthya Lake, other side of Cave Temples.

The fort provides magnificent views of all the monument of Badami, including Caves, Lake, Bhoothanatha temples and other monuments. Entire Badami town can be seen from the fort hill. Though the initial structured were constructed during the Chalukya period, most part of the existing fort on eastern side was build in 18th century by Tipu Sultan who was so impressed with the place and ordered to build a fort. The fort's main attraction is the 16th century Tipu's cannon.