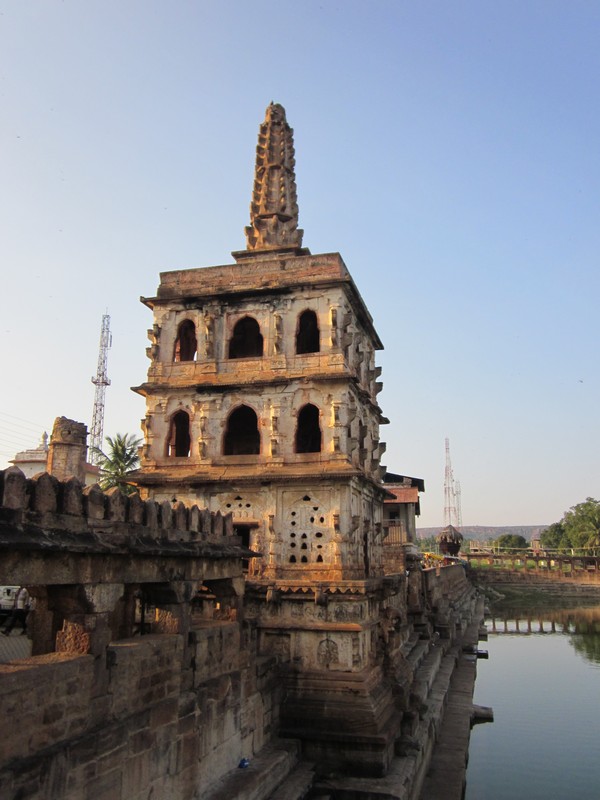 At a distance of 5 Kms from Badami, Banashankari Temple is located at Cholachagudda. Dedicated to Banashankari Devi, an incarnation of Goddess Parvati, it's one of the famous temples in the district.

The original temple was built in 8th century, believed to be by Rashtrakutas, but the present structure traces its origin in the 17th century. This temple represents a combination of Dravidian & Nagara temple architecture. Haridra Tirtha, a large temple pond with a tall lamp tower built on a three story structure is situated opposite to the entrance of the temple and it's a delight to watch. The entire pond is surrounded by a corridor built with stone.

The Goddess can be seen seated on a growling lion and crushing a demon with her foot. The idol is carved out of a black stone. The Goddess Banashankari is depicted here with eight arms sitting on a roaring lion. The temple features three large lamp polls in the main compound. These lamp polls are lit during special occasions and important festivals.

The annual festival held in Jan/Feb is a major attraction. During the festival, a procession is help around the village with deity riding on chariot.