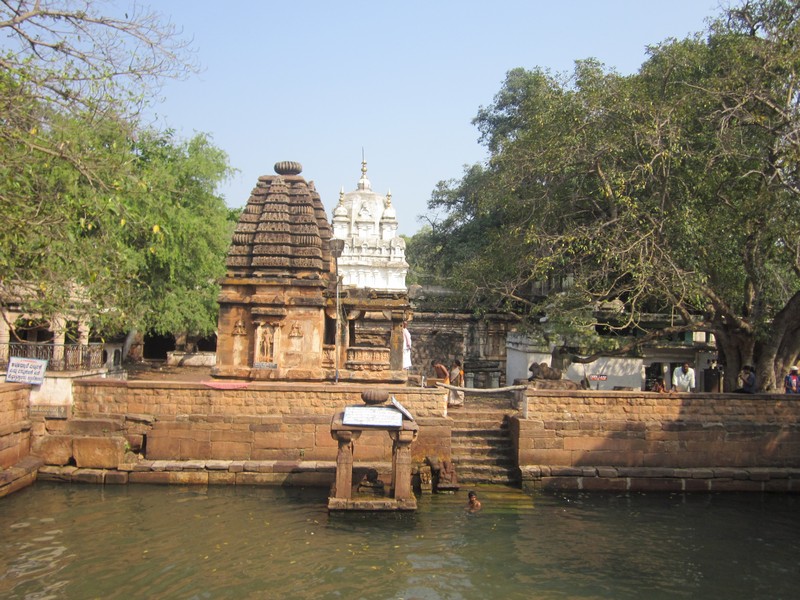 At a distance of 13 Kms from Badami, Mahakuta Temples are ancient group of temples dedicated to Lord Shiva. A beautiful place surrounded by hills, Mahakuta was once a great center of shaiva culture.

The temples were constructed between 6th and 7th centuries by the early kings of the Chalukya dynasty. This main temple was built in the Dravidian style, while several small shrines are seen in Nagara style. There are several small shrines around the main shrine with great carvings on the walls. This place is often called Dakshina Kasi because of its religious importance. The temple walls covered with bas relief works and carvings of great artistic expertise. The Chalukya rulers donated a lot of wealth to this temple whenever they win wars against the neighboring kingdoms.

There is also a natural spring pond called Vishnu Pushkarini near the temple. Some of the smaller shrines have wonderful carvings on the outer walls and the pillars inside. The ceiling of one of the temples is nicely carved with images of dream animals.

There are few shops available outside the temple with basic needs. The road from Badami to Mahakuta is not good and you have to be careful with directions.