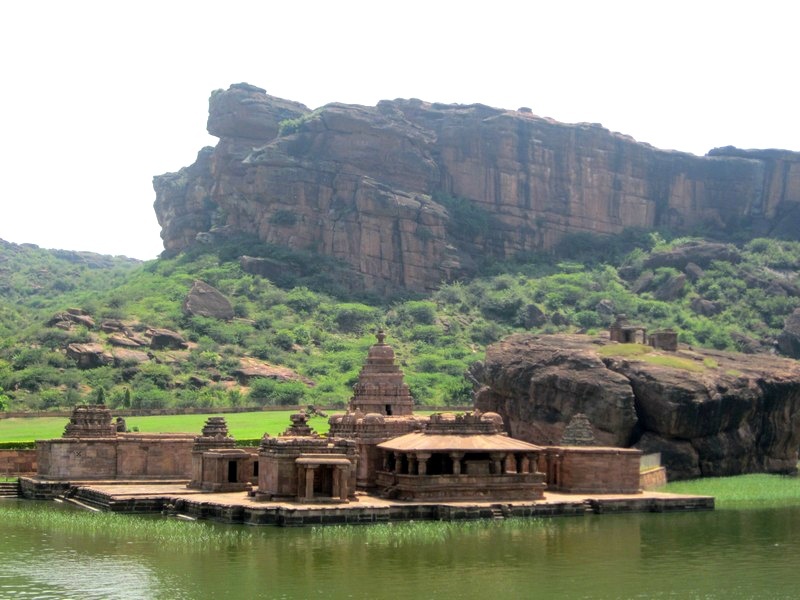 Place Location: On The Eastern Banks Of Agasthya Lake

At a distance of 1.5 km from Badami Bus Station, Boothanatha Temple is a magnificent structure situated on the banks of Agasthya Lake past Badami Museum in Badami. It is one of the must-visit places as part of Badami Packages.

Dedicated to Lord Shiva, Boothanatha Temple is the most striking structure of Badami and prime promotional element of Badami Tourism. The temple is surrounded by water on three sides. The temple was constructed in the early 8th century by Chalukyas. Constructed in Dravidian style, the temple is emerged into the Agastya Lake and becomes inaccessible during peak monsoons when the water level in the lake reaches the full capacity. The temple has a pillared mukha mandapa, sabha mandapa, and inner sanctum with a Shiva image. The main temple is accompanied by several small shrines on the northern and eastern ends.

The form of Bhoothnath is said to be the combination of the God of Soul, Spirit, and the Ghost. The temple all dark inside has an image of Shiva in an angry form. The Bhoothnath monuments constitute the early modes and phases of South Indian temple architecture. It is one of the top places to visit in Badami.

When you walk further south from Boothanatha Temple, there are few more striking monuments carved into the hillock. The first one is a bas-relief of Lord Narasimha, Varaha, Durga, Ganesha, Trimurthies along with several gods carved out from the hill. Further south from here towards the lake has a small stone structure with a wonderfully carved image of Lord Vishnu in sleeping posture. The main carving is executed on a huge rock.