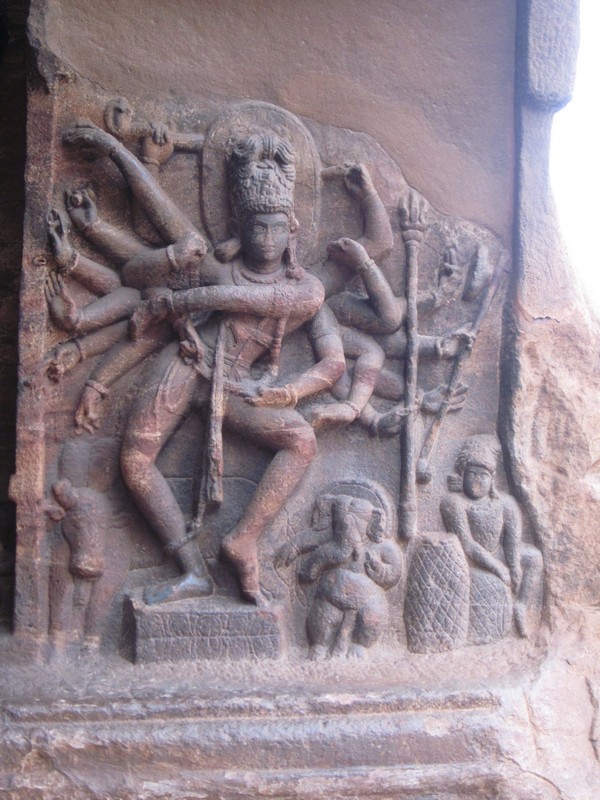 Place Location: On The Banks Of Agasthya Lake

Travel Tips: All four cave temples are situated at the same location and can be visited together.

At a distance of 1 km from Badami Bus Station, Cave 1 is a rock-cut cave situated in Badami, Karnataka. It is one of the must include places in Badami Tour Packages.

Badami Caves are carved out of a mighty red sandstone hill which is on the banks of Agasthya Lake. The first cave or Cave 1 is dedicated it Lord Shiva and it represents the Brahmanical style. Built in 550 AD, the cave has an L-shaped open courtyard in front, an open verandah, a pillared hall, and a sanctum excavated into the center of its rear wall. It is one of the places to visit in Badami.

The ceiling of the verandah has a fine carving of five-hooded Nagaraja, king of snakes, flanked by charming celestial couples. The pillars in the center hall are finely carved in a round shape supported by wall brackets. The pillars depict the scenes from the marriage of Parvathi. There are carvings of several dream animals on the pillars of the verandah.