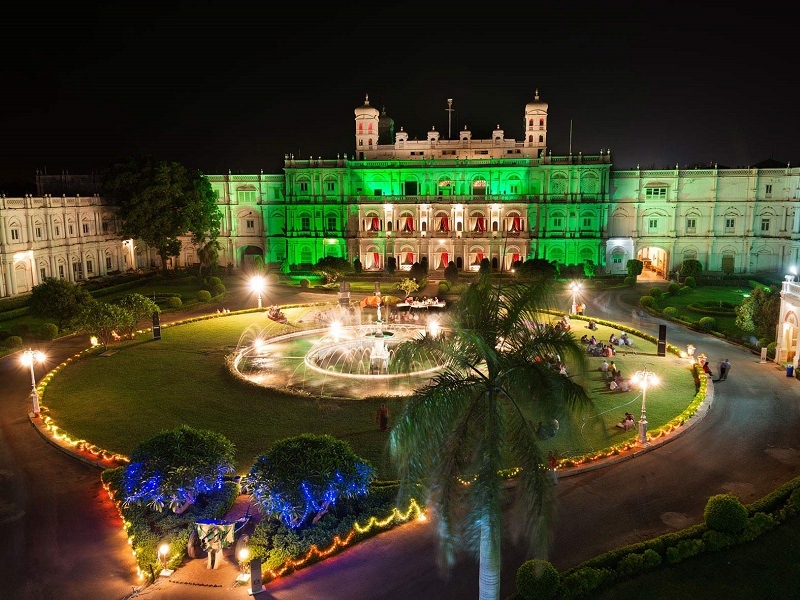 At a distance of 2.5 km from Gwalior Junction and 4 km from Gwalior Fort, Jai Vilas Mahal or Jai Vilas Palace is a 19th century palace in Gwalior, India. It is one of the important heritage places in Gwalior city and was rated among the well maintained palaces of Madhya Pradesh state.

Jai Vilas Mahal was constructed in the year 1874 CE by Jayajirao Scindia, the Maharaja of Gwalior, at a cost of Rs. 1 crore. It is a fine example of European architecture, designed and built by Sir Michael Filose. The palace was the residence of the royal family of Scindia's. A segment of the Jai Vilas Palace was converted into a museum now.

The Palace is well-known for its beautiful architecture. The palace features a beautiful blend of Tuscan, Italian and Corinthian styles of architecture. Spread over an area of 12, 40, 771 square feet, the palace has 400 rooms and a huge Durbar Hall. The interior of the Durbar Hall is decorated with gilt and gold furnishings and adorned with a huge carpet and gigantic chandeliers. The main highlight of the palace is a huge dining table with a silver train. This mini train is a table trolley which rotates itself on the table in front of diners so that they can pick up food. Other attractions of the palace include reading rooms, drawing rooms, JSM hall, and breakfast room.

A wing of the Jai Vilas Palace was converted into a museum in memory of Srimant Jiwajirao Scindia by the late Rajmata Shrimant Vijaya Raje Scindia and the other part is still the residence of the descendants of the former royal Maratha Scindia dynasty. The museum was opened to the public in 1964. The Jiwaji Rao Scindia Museum offers to the public a unique view of the palace and focuses on various arts and crafts that grew and reached their zenith under the patronage of the royal family.