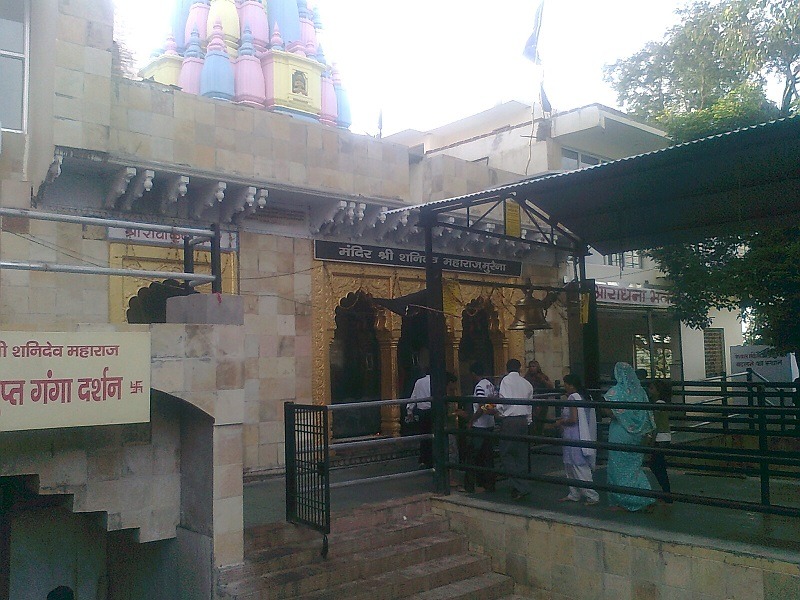 At a distance of 23 km from Gwalior and 29 km from Morena, Shanischara Temple is a Hindu temple situated at Aiti village in Morena district of Madhya Pradesh. It is one of the well-known ancient temples in Madhya Pradesh and also one of the popular attraction not to miss in a Gwalior tour packages.

Shanischara Temple is dedicated to Lord Shani Dev. According to legend, the place is the mark where Shani Dev fell, when he was thrown by Sri Hanuman from Lanka to be rescued from Ravana. The Hindus consider Shani or Saturn in great awe and respect. In fact, Saturn is the only deity whose kind glance is believed to bestow prosperity, while a fierce look can cause unparalleled misfortune on the object of its attention.

The temple houses the original black idol of Shani brought from Lanka. The main offering to Lord Shani is mustard oil. The statue of Hanuman ji is also installed outside the temple. A grand prayer is organized on every Saturday and on every Amavasya Shanivar at this temple, which attracts a large number of devotees from different parts of the district as well as from various other parts of the state and outside. It is believed that Parikrama of 'Shani Parvat', a mountain of 14 km perimeter, relieved people from the curse of Shani Dev.