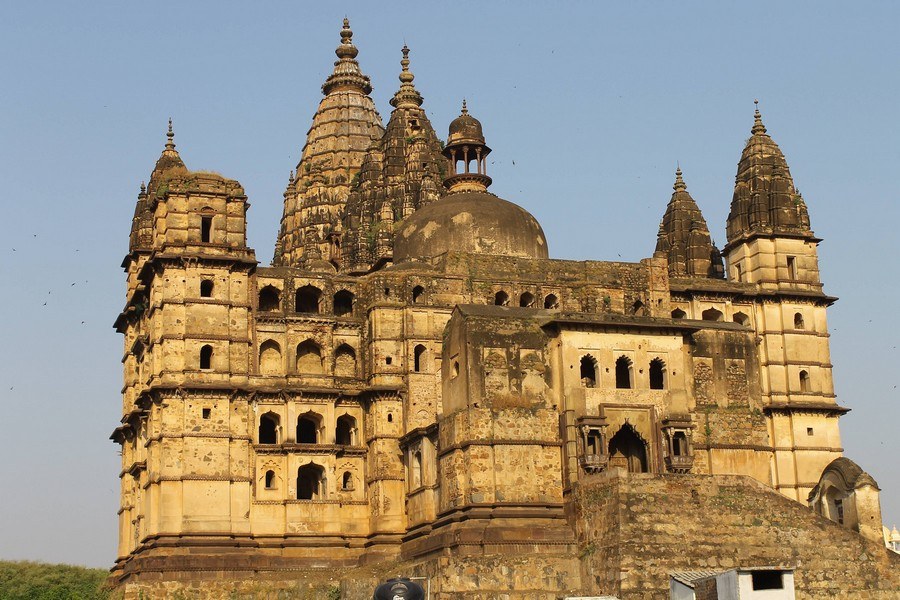 At a distance of 1 km from Orchha Fort, Chaturbhuj Temple is an ancient Hindu temple situated near Ram Raja Mandir in Orchha town of Madhya Pradesh. Known for its marvelous architecture, Chaturbhuj Temple is one of the popular heritage places to visit in Orchha. The temple is under Archaeology Survey of India.

The name Chaturbhuj literally means 'one who has four arms' and it refers to Lord Rama, an incarnation of Lord Vishnu. It is believed to be built by the king of Orchha, Raja Madhukar Shah, between 1558 and 1573. Madhukar Shah built this temple for his wife Rani Ganesh Kuwari who was an ardent devotee of Lord Rama.

The temple was originally meant for Lord Rama that remained in the Ram Raja Temple. According to legend, this temple built after the queen Ganesh Kuwari had a dream where Lord Rama asked her to construct a temple for him. Following the approval to build the Chaturbhuj Temple, the queen went to Ayodhya to obtain an image of Lord Rama that was to be enshrined in her new temple. When she came back from Ayodhya with the image of Rama, initially she kept the idol in Rani Mahal, as the temple was still under construction. When the temple construction was completed, the queen decided to enshrine the idol at the Chaturbhuj Temple but the idol didn't move from the palace. Hence, an idol of Lord Vishnu with four arms was kept in the temple and came to be known as Chaturbhuj Temple.

The temple is a beautiful blend of a temple, fort and palace styles of architecture. The imposing view of the temple is that of multi-storied palace with arcaded openings, a very large entrance, a large central tower and fortifications. The Chaturbhuj temple was built atop a massive stone platform and reached by a steep flight of steps. Lotus emblems and other symbols of religious significance provide the delicate exterior ornamentation. Within, the sanctum is chastely plain with high, vaulted walls emphasizing its deep sanctity.