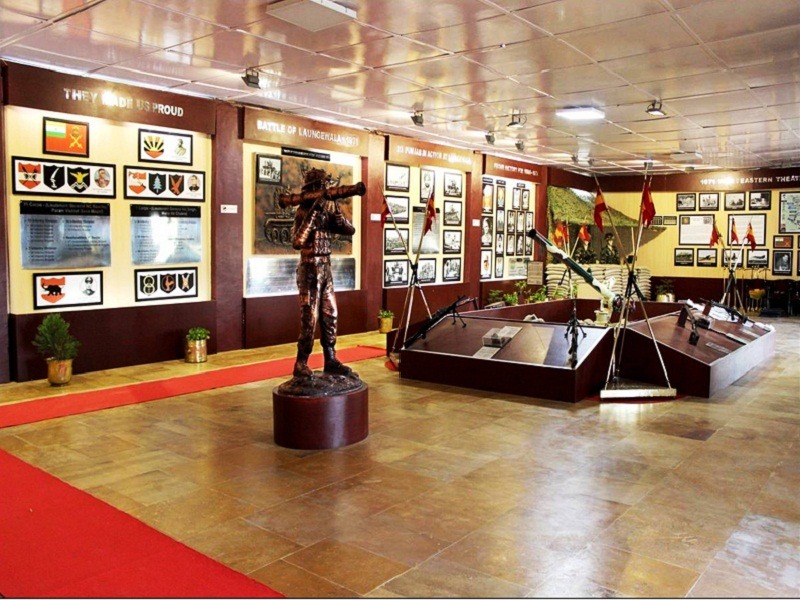 Jaisalmer War Museum was set up by the Indian Army in 2015 and was inaugurated on 24th August by Lieutenant General Ashok Singh, General Officer Commanding in Chief, Southern Command. The inauguration of the Museum in the Golden Jubilee Commemoration Year of 1965 Indo Pak War is also a tribute to all soldiers who made the supreme sacrifice.

The museum covers an area of over 10 acres of land. It has two large Information Display Halls, an Audio Visual Room and a souvenir shop. Apart from the evolution of the Indian Army, the museum showcases tales of bravery and sacrifice of heroes of the wars. War trophies and vintage equipment are on display along with tanks, guns and military vehicles. The museum has murals of soldiers who lost their lives in the war and weapons used at that time. The Indian Air Force has also contributed in the museum by presenting a hunter aircraft, which was used during the Battle for Longewala during the 1971 Indo Pak War.

The Museum is organized by the Indian Army. The entry to the Jaisalmer War Museum is open to and free for all visitors.