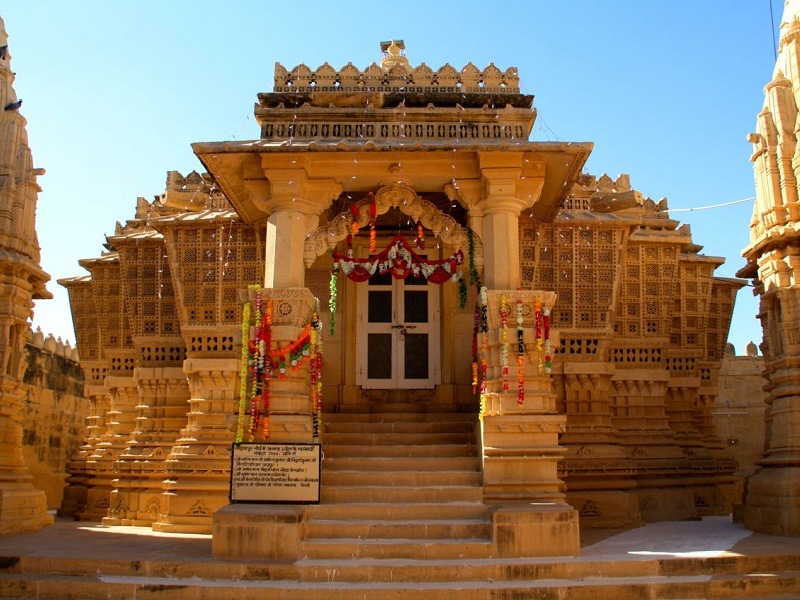 #8 of 19 Places to Visit in Jaisalmer

At a distance of 8 km from Jaisalmer Railway Station, Lodurva is a village in Jaisalmer district of Rajasthan. Famous for Jain temples and other historical monuments, Lodurva is one of the top places to visit in Jaisalmer.

Lodurva was the ancient capital of the Bhatti dynasty till 1156 AD, when Rawal Jaisal founded the Jaisalmer state and shifted the capital to Jaisalmer. The town of Lodurva is much older than Jaisalmer and was sacked several times, most notably by Mahmud of Ghazni in the 11th century CE and then by Mohammad Ghori in the next century.

Today, it is a popular tourist destination, known for its architectural ruins and Jai temples. The temples at Lodurva exhibit some more fine examples of intricate craftsmanship on yellow stone. The Parshvnath Temple is the oldest and the most beautiful of the Jain temples. The temple is dedicated to 23rd Tirthankara, Parshvnath. The walls of the sanctum are carved with animal and human figures. There is a small dome which is crowned by an amalaka and a water pot containing a lotus flower. The temple was destroyed in 1152, but was reconstructed in 1615 by Seth Tharu Shah and further additions were commissioned in 1675 and 1687. Visit the Kalpavriksha, a mythical tree, situated inside the complex.

Rishabhnath Temple is the second Jain temples at Lodurva, located near the ruins of the palace of Moomal. The temple was commissioned by Seth Sachcha and constructed in 1479. Shambhavnath Temple is the third important Jain temple in Lodurva and is dedicated to the Jain Tirthankara Shambhavnath. The whole temple complex is surmounted by an octagonal pyramidal roof, and a fortification wall. Other places are Hinglaj mata temple, Chamunda mata temple, and old temple of Shiva. Lodurva has a great number of peacocks that hover around the temple walls lending spectacular colour to the dry and stony landscape.