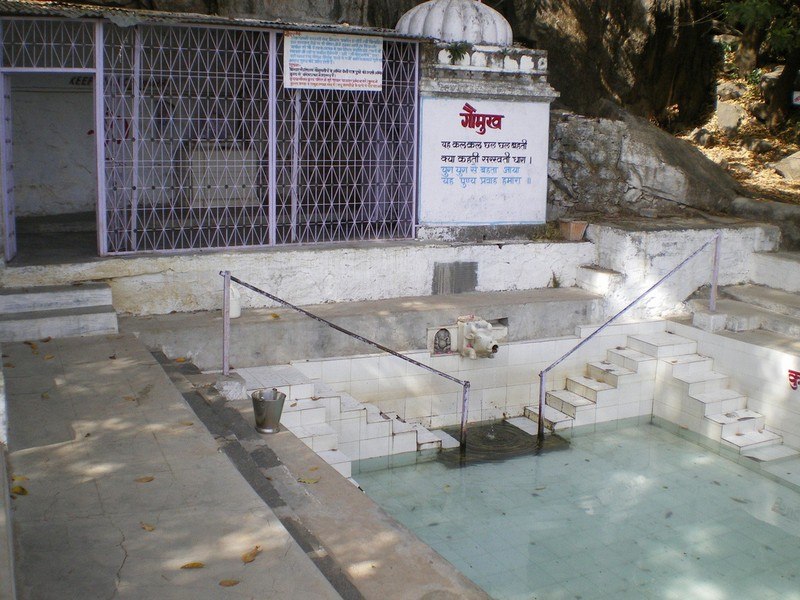 At a distance of 4 km from Mount Abu Bus Station, Gaumukh Temple is one of the popular sacred sites for Hindus situated atop a hill in Mount Abu. The literal meaning of this temple is 'mouth of a cow'.

The temple is dedicated to Saint Vashishtha. It is said that Saint Vashishtha performed a Yagna at this place which created the 4 major Rajput clans. The Gaumukh Temple is named after the wish-fulfilling cow gifted to Sage Vashishtha by the Devas, after the famous Samudra Manthan (churning of the ocean). At the temple, a natural spring flows through a cow's mouth carved in marble stone.

There is also a tank called the Agni Kund and is believed to be the site of a sacrificial fire which Saint Vashishtha used to perform the Yagna from which the four clans were born. The temple was built by cutting it out from a huge rock. The entrance of the temple has a statue of Nandi along with the idols of Lord Krishna, Lord Rama and Rishi Vashishtha, placed nearby.

Other than the temple complex, Gaumukh is also a popular picnic spot in Mount Abu. The views of the mountains from Gaumukh Temple are simply superb. The amazing location of the temple is also attracts a large number of tourists. One needs to climb 700 steps to reach the top most section of the temple from Hanuman Temple. The area is covered with very thick forest cover and visiting the place after dark & rainy season is not recommended without proper information and local guidance.