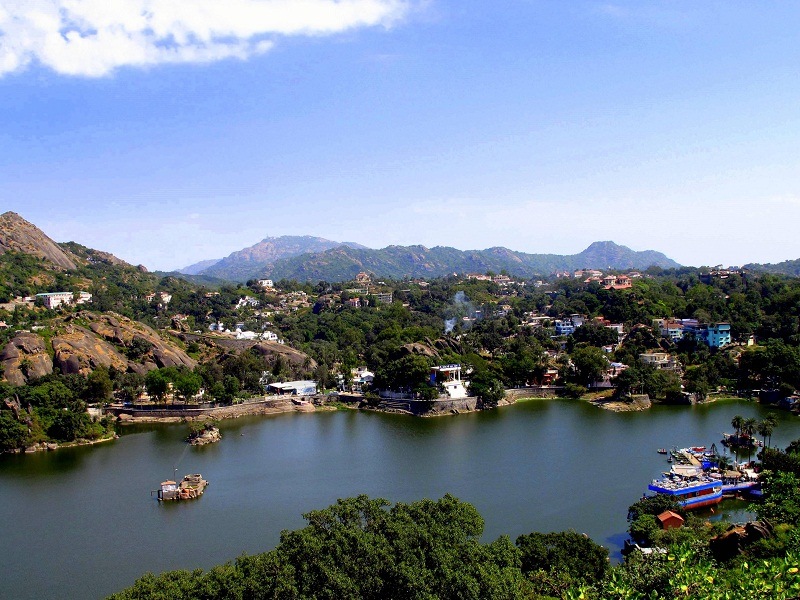 At a distance of 1 km from Mount Abu Bus Station, Nakki Lake is a lake situated at the heart of Mount Abu in Rajasthan. It is one of the must include places in Mount Abu holiday packages.

Nakki Lake is famous for its cool and calm atmosphere due to its ideal location in the backdrop of the Aravalli Mountains. It is the sole artificial lake in India, which is situated at a height of more than 1,200 m. This is the largest manmade lake, stretched over an area of around half a mile, and is around a quarter of a mile wide. The lake is beside a dam and is about 20-30 feet deep.

According to the legend, the lake has been carved out from nails by Gods for the protection against the demon Bashkali. Another legend states that the local King put up the challenge of digging up the lake in one night and he will marry his daughter to that one. It is said that a local resident Rasia Balaam had fulfilled that condition, but the King refused his promise.

The lake is situated beside Sri Raghunathji Temple, Toad Rock, and the Maharaja Jaipur Palace in Mount Abu. Toad rock is so-called as it looks like a toad about to jump into the lake, from the side of the rock facing the lake. There are two ways to go up and down the rock; to climb the rocky hillside or to use the steps leading down to Nakki Lake. By the side of the lake there is a path leading to Sunset Point. It is forbidden to climb to Sunset Point due to dangerous bandits living around the path to Sunset Point.

It is also a sacred lake for the Garacia tribe of Rajasthan as it is the place of worship and remembrance of their ancestors. At the time of their festival in Shukla paksha which falls in April month, people consecrate their nails in the lake on this festival. Mahatma Gandhi's ashes were immersed in this holy lake on 12th February 1948 and Gandhi Ghat was constructed.

Boating in Nakki Lake is one of the top things to do in Mount Abu. There are different types of boats which include rowboats, motorboats, and some kitschy stuff such as boats shaped like swans. It is a pristine and clean lake and it is worth making a ride on its water.