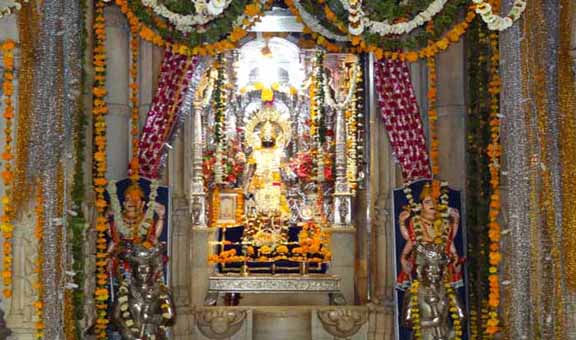 At a distance of 1 km from Mount Abu Bus Station, Sri Raghunathji Temple is an ancient temple situated next to the Nakki Lake in the hill station of Mount Abu. It is one of the top tourist places in Mount Abu, Rajasthan.

Constructed in the 14th century AD, this temple holds the rich legacy of the ancient Mewar culture. The temple resembles a palace and has two watch towers on both sides of the entrance. The wonderful idol of the Lord is its prime attraction. The temple walls are nicely decorated with colourful paintings showing the Rajputana heritage. While entering the premise, there is a large structure with two small domes on both sides and a large dome at the middle. The front wall is adorned with life size frescos of Jay, Vijay, Hanuman and Garud. Sri Raghunathji Temple is not only visited by devotees but by tourists as well due to close proximity to the lake.