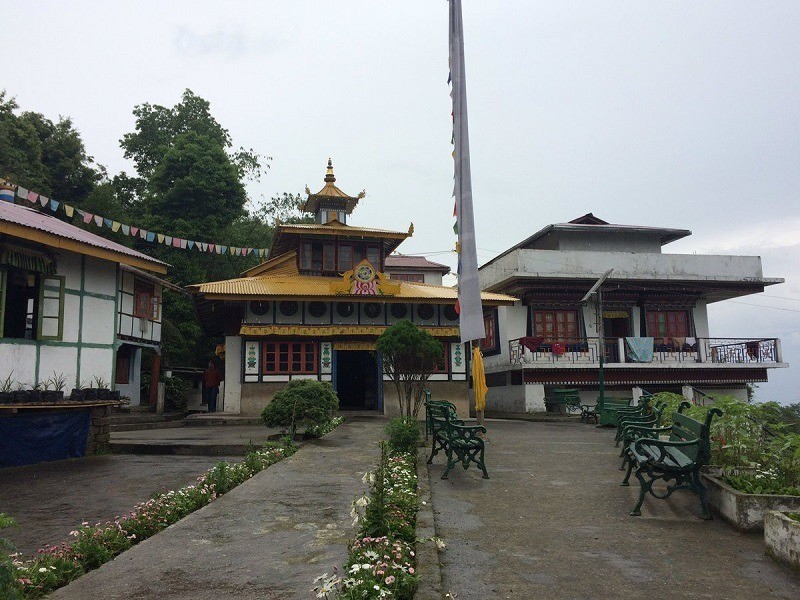 Bon Monastery was first established by late Yung Dung Tsultrim in 1980 CE. It is the only monastery in Sikkim belonging to the Bon Sect. In fact, there are only two Bon Monasteries in India - one existing in Kewzing, Sikkim and the other in Solan, Himachal Pradesh. It facilitates an institution offering Bon teachings to young students belonging to less privileged families.

The Bon faith flourished in Tibet up to the 8th Century AD prior to the advent of Buddhism. The belief in an Almighty God and in gods, spirits and demons living in nature belongs to the ancient elements of it. It is believed that many of its rituals were assimilated in Buddhism like the prayer flags, burning of incense etc. and with the passage of time this faith was also influenced by Buddhism and has now been accepted as a part of Buddhism.

Amidst tranquil environment, the Bon Monastery offers a splendid view of the hills and valleys of southern Sikkim. Constructed in the Indo-Tibetan style of architecture, the interior of the monastery is well decorated with fascinating paintings of Bon Demonical Buddha and Bon Deity. The monastery houses 20 monks. The chanting of mantras, the drum beat and the blowing of conch in the morning and evening gives a soothing effect.