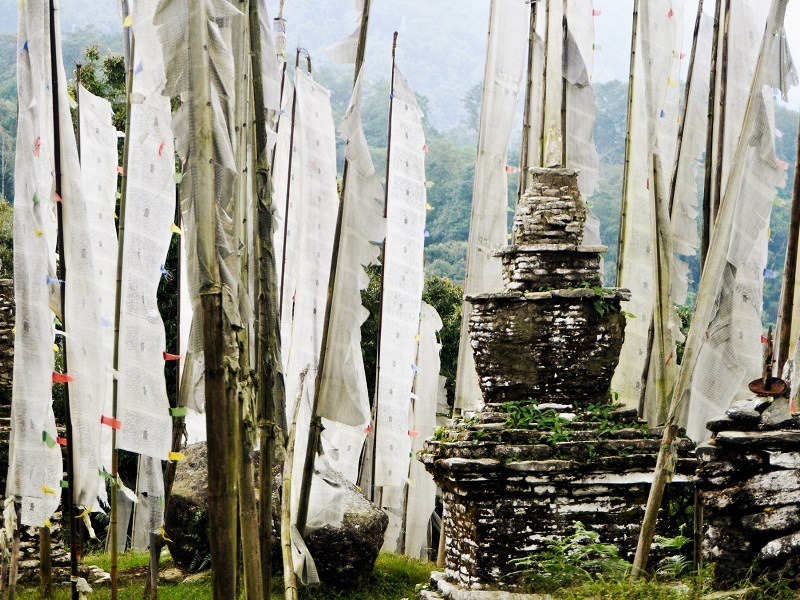 At a distance of 6 km from Ravangla, Doling Monastery is a small monastery situated on a small hillock at Barfung Village near Ravangla, Sikkim. Also called as Dorling Gompa, it is one of the noted monasteries in Sikkim and among the best places of sightseeing in Ravangla.

The monastery is built on a raised platform that offers a spectacular view of the towering mountains, lush greenery, and thick forests against the blue sky. There are many sacred objects of worship in its premises; such as a footprint of Khangchendzonga's Horse and Lama Dorjelingpa. According to the legend, Lama Dorjelingpa called an assembly of all the local Guardian Deities after consecration of the Gompa but Deity Khangchendzonga came one day late. By the time Khangchendzonga reached Doling the ceremony was over. The deity was infuriated and demonstrated his power by leaving a footprint of his horse on a small rock located outside the gate. At the same time, Dorjelingpa also laid his footprint on the rock in counter to Khangchendzonga's feat. Seeing this, the Khangchendzonga apologized for his late coming and pleaded him to include his name in the list to keep his dignity.

The lamas preserve them until to this day and the stone bearing the footprint of Dorjelingpa has permanently installed on the inner wall of the Manilhakhang along with the images of the Manjushri, Vajra pani and Dorjelingpa. One needs to trek from the Barfung Retreat through the forest to reach this monastery. There are more than 500 stairs cut in to the slope of the hill through a dense forest. There is a small lake near the monastery and the entire area is surrounded with prayer flags.