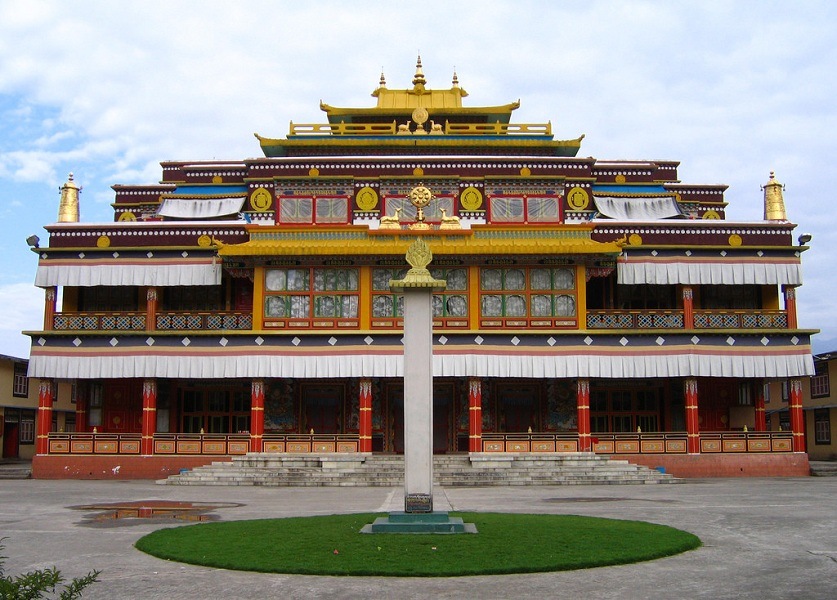 At a distance of 10 km from Ravangla, Ralang Monastery is a Buddhist monastery situated at Ralang near Ravangla in Sikkim. Belongs to Kagyu sect of Tibetan Buddhism, it is one of the most sacred monasteries in Sikkim and among the best pilgrimage places to visit in Ravangla.

The old Ralang Monastery was built in 1768 AD by the 4th Chogyal of Sikkim to commemorate his successful pilgrimage to Tibet. According to legend, when the fourth Chogyal returned from his pilgrimage, Karmapa performed the 'Rabney' (traditional blessing). Following the rituals, he tossed some grains from the Tsurphu Monastery in Tibet (the main seat of Karmapa) and the grains fell on the ground of Ralang. Thus, the monastery came into existence and considered as one of the sacred monasteries in Sikkim.

The original monastery is located at a distance of 3 km from the new one. The way to this monastery is quite difficult and trekking is the only way to reach the monastery. In order to make it accessible to people, a new monastery was built in the town by the 12th Gyaltsab Rinpoche in the year 1995. Also known as Palchen Choeling Monastic Institute', the new Ralong Monastery is considered to be one of the biggest monasteries in Sikkim now.