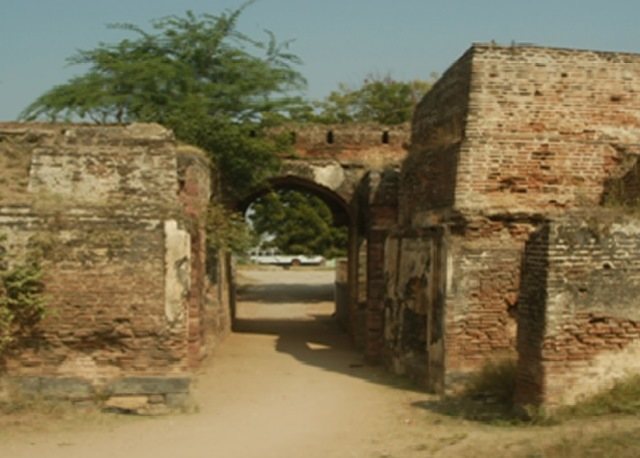 #5 of 12 Places to Visit in Karimnagar

Travel Tips: This place can be visited along with Kondagattu Anjaneya Swamy Temple (15 km).

At a distance of 2.7 km from Jagityal Bus Station, 51 km from Karimnagar Bus Station and 191 km from Hyderabad, Jagityal Fort or Quilla Gadda Fort is located at Jagityal town in Karimnagar District of Telangana.

The Jagityal fort was built during the reign of Nawab Ibrahim, a Governor in the Mughal dynasty. The Mughal rulers used it as a defence fort in the 17 century. The structure was constructed by 2 French engineers. It bears a strong resemblance to the castles of Europe.

The fort was built with stones and lime and it had a moat around that was filled with water. The fort has two wooden gates, which were lifted by using pulleys. This is the only star-shaped fort in Telangana with a moat (water body). It is surrounded by four water bodies. History says that there used to be a row of rooms for the storage of ammunition at this fort. Though most of this fort is now in ruins; its uniqueness still makes it an interesting site, attracting several visitors.

One of the prominent monuments in the fort is the Jama Masjid which was established in the 18th century. The fort also consists of several cannons that were used to defend the structure and the town during battles. A court and a Tahsil Office were also built in the town of Jagtial during the 18th century. In the heart of the town is the four-faced clock tower. It was built in 18th century by Nizam's minister Khasim Razvi.