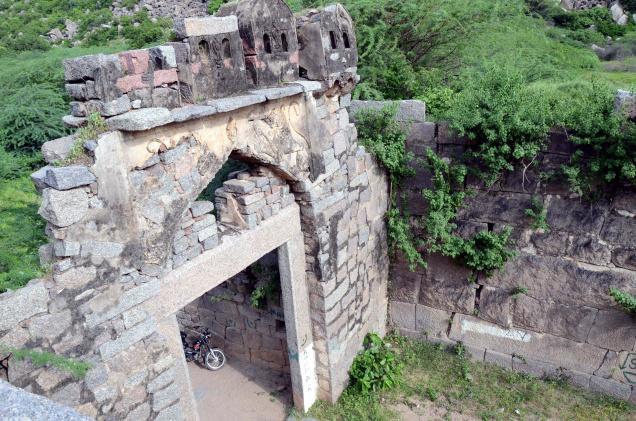 #4 of 12 Places to Visit in Karimnagar

At a distance of 1.2 km from Molangur Bus Station, 31 km from Karimnagar and 169 km from Hyderabad, Molangur Fort is located at Molangur in Karimnagar District of Telangana.

The fort is constructed on a huge granite hill that made it difficult for anybody to climb it from any side. On the way to the top of the hill, an inscription carved on a boulder mentions that there are two ways to the fort. At the entrance of the fort there is a Dargah of Molang Shah Wali, a muslim saint. It is reported that the original name of the village was Mudugar. It appears to have been renamed as Molangur after the name of the Muslim saint Molang Shah Wali.

In addition to the Dargah, the fort also houses two temples dedicated to Lord Shiva. There is a beautiful tank on the fort and also on its foothills along with a well called Doodh Bowli (milky well)

The ramparts of the fort still bear the remnants of garrisons, stables that remind it's glorious past. The ruined walls, gates, bastions, moatsculptures and several other remains in the fort still attract the attention of the visitors.