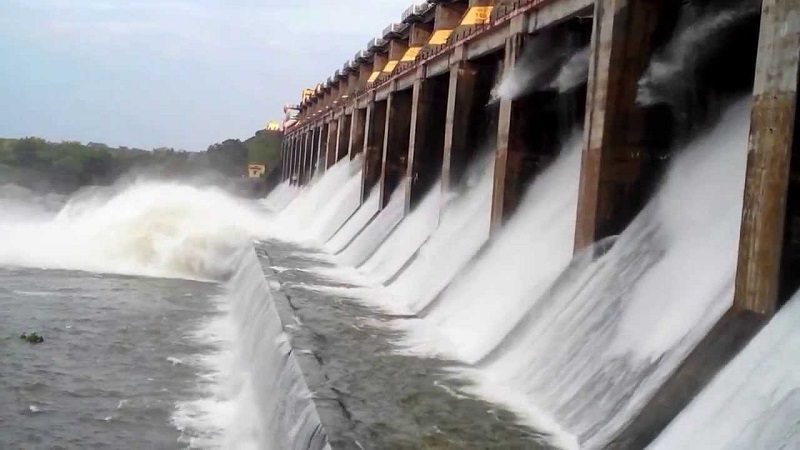 Karimnagar has an important place in the history of Telugu. Kotilingala in Karimnagar district was the first capital of Satavahana dynasty which ruled most of Telugu and South-Central region between 3rd century BC and 3rd century CE. Karimnagar also played an important role during the Kakatiya period.

Karimnagar is one of the agriculturally advanced districts in Telangana, known for Rice production. Manair Dam is one of the prime sources of irrigation water facility in Karimnagar and it also receives water from Sriram Sagar Dam.

Karimnagar district has several important tourist attractions like Vemulawada, Kondagattu, Nagunur Fort, Dharmapuri, Kaleshwaram, etc. Most of the places can be covered in 1-2 days and it is an ideal weekend getaway from Hyderabad.

How to Reach Karimnagar - Full Details

Top 10 Places to Visit in Karimnagar

#1 of 12 Places to Visit in Karimnagar

At a distance of 2 km from Kondagattu Bus Stand, 14 km from Jagityal Bus Station, 39 km from Karimnagar and 178 km from Hyderabad, Sri Anjaneya Swamy temple located in Kondagattu village of Karimnagar district is one of the famous temples in Telangana.

Situated on a hillock amidst beautiful hills, valleys and refreshing water springs, this is dedicated to Lord Hanuman. This Temple is decorated with sculptures of Gods and Goddesses on its facades and walls. The temple besides the main deity of Anjaneya Swamy also has the idols of Lord Venkateswara, Goddess Alwaar and Sri Laxmi. Here one can see the life statue of Lord Anjaneya. Stairs have been provided to help visitors go up to view the statue from close quarters.

According to local legend, about 300 years ago a farmer Singam sanjeevudu after losing one of his buffalos, came to this hillock searching for it and slept here. Lord Anjaneya came into his dream and told him the .....

#2 of 12 Places to Visit in Karimnagar

At a distance of 4.5 km from Karimnagar Bus Stand, 65 km from Siddipet Bus Station and 163 km from Hyderabad, Lower Manair Dam is situated at Alugunur village near Karimnagar town.

The Lower Manair Dam (LMD) is built across the Manair River, a tributary of Godavari River. The construction of the dam was started in 1974 and was finished in 1985. The gross storage capacity of the reservoir is 24 TMC. The project serves as a balancing reservoir for Kakatiya Canal and regulates flow below Lower Manair Dam for an ayacut of 5,65,452 acres. It is also serves as drinking water source to Karimnagar and Warangal towns.

The Lower Manair Dam is an important tourist attraction in Karimnagar. The dam has 20 floodgates. The gushing waters from the flood gates during monsoon season is the breathtaking sight for tourists. People from the neighboring areas flock to watch this amazing scene. The serene waters of the Lower Manair Dam and its surrounding areas provide a beautiful view.

#3 of 12 Places to Visit in Karimnagar

At a distance of 36 km from Karimnagar, 127 km from Nizamabad and 151 km from Hyderabad, Vemulawada is one of the most famous pilgrimage sites in Telangana and also one of the popular one day trip from Hyderabad.

Vemulawada is famous for the temple of Rajarajeshwara Swamy, an incarnation of Lord Shiva. It was built by one of the governors of Kalyani Chalukyas by name Rajadithya between 11th and 12th centuries. The presiding deity is locally popular as Rajanna who is accompanied by the idols of Sri Raja Rajeswari Devi and Siddi Vinayaka. It houses several temples dedicated to other deities including Anantha Padmanabha Swamy, Bhimeshwara Swamy, Kodanda Rama and Kasi Visweswara. Apart from these there is a tomb of Muslim saint.

Located on the banks of Mulavagu stream, Vemulawada was once the capital city of Vemulawada Chalukyas dynasty between 750-973 CE. The remains .....

#4 of 12 Places to Visit in Karimnagar

The Nagunur fort was constructed in the period of Kakatiya dynasty. This fort was one of the important forts in Kakatiyas kingdom. The Fort contains ruins of many temples. The origin and style of these temples can be traced back to the era of the Kalyani Chalukyas and Kakatiyas. However, it is strongly believed to have been built during 12th and 13th centuries under the patronage of the Kakatiyas. At one point of time this place was believed to house around 400 temples.
.
The most important temple in the complex is the Shiva temple. The temple is made of red stone and consists of three shrines of Lord Shiva. The shrines are placed on a raised pedestal. The main entrance to the temple .....

#5 of 12 Places to Visit in Karimnagar

At a distance of 1 km from Elgandal, 16 km from Karimnagar Bus Station and 167 km from Hyderabad, Elgandal Fort is situated on the bank of the Maner River at Elgandal town in Karimnagar district of Telangana. This is one of the important historical sites to visit around Karimnagar & Hyderabad.

The fort had been a centre of power of various dynasties, including the Kakatiya dynasty, Bahmanis, Qutub Shahis, Mughals and Asaf Jahis. The fort was appointed as the headquarters of Karimnagar during the rule of the Nizams of Hyderabad. In earlier times, Elgandal is also called as Bahudhanyapuram, Tellakandula and Veligandula. And finally in course of time, the name changed to Elgandal.

Elgandal Fort is one of the best survived forts in Telangana. The Fort is located on a hillock. There are 300 well laid steps providing access to the fort. The East entrance of the fort, the Brundavan .....

#6 of 12 Places to Visit in Karimnagar

At a distance of 20 km from Peddapalli Bus Station, 56 km from Karimnagar and 215 km from Hyderabad, Ramagiri Fort or Ramagiri Khilla is located in Karimnagar District of Telangana.

Ramagiri Fort often referred as Ratnagarbha has as ancient fort believed to be used by Satavahanas and Kakatiyas as their Military establishment. Ramagiri Fort is a picturesque hilltop fort built using stone with a number of bastions spread across a huge area across the hill. It gives a great view of the merging of the rivers Manair and Godavari. It is also known as Aaram-Giri because of the thick greenery and the beautiful views. It is also a good trekking spot with wonderful views to offer .

#7 of 12 Places to Visit in Karimnagar

At a distance of 1.2 km from Molangur Bus Station, 31 km from Karimnagar and 169 km from Hyderabad, Molangur Fort is located at Molangur in Karimnagar District of Telangana.

The fort is constructed on a huge granite hill that made it difficult for anybody to climb it from any side. On the way to the top of the hill, an inscription carved on a boulder mentions that there are two ways to the fort. At the entrance of the fort there is a Dargah of Molang Shah Wali, a muslim saint. It is reported that the original name of the village was Mudugar. It appears .....

#8 of 12 Places to Visit in Karimnagar

At a distance of 2.7 km from Jagityal Bus Station, 51 km from Karimnagar Bus Station and 191 km from Hyderabad, Jagityal Fort or Quilla Gadda Fort is located at Jagityal town in Karimnagar District of Telangana.

The Jagityal fort was built during the reign of Nawab Ibrahim, a Governor in the Mughal dynasty. The Mughal rulers used it as a defence fort in the 17 century. The structure was constructed by 2 French engineers. It bears a strong resemblance to the castles of Europe.

The fort was built with stones and lime and it had a moat around that was filled with water. The fort has two wooden gates, which were lifted by using pulleys. This is the only star-shaped fort in Telangana with a moat (water body). It is surrounded by four water bodies. History says that there used to be a row of rooms for the storage of ammunition at this fort. Though most of this fort is now in ruins; its uniqueness still makes it an interesting site, .....

#9 of 12 Places to Visit in Karimnagar

At a distance 17 km from Mahadevpur, 134 km from Karimnagar and 263 km from Hyderabad, Kaleshwaram in Karimnagar district is famous for Sri Kaleshwara Muktheshwara Swamy Temple.

Dedicated to Lord Shiva, this temple is unique because of two Shiva Lingas engraved on a single pedestal. According to legend, this temple was established by the Lord Yama and named Muktheshwara and at the same place lord Shiva appeared in the form of lingam on the same stone and named it as Kaleshwara. The devotees first pray to Yama at this shrine before proceeding to Lord Siva. Kaleshwaram is one of the most famous Shiva adobes in Telangana.

This place is also called Dakshina Triveni Sangamam, as rivers Godavari and Pranahita meet here along with a third, the illusionary flow of Antarvaahini. It is believed that there is another river named Saraswati flowing under the Godavari hence it is called Triveni Sangamam. The Kaleshwaram is centre for .....

One the way to the Narasimha temple, there is a temple for Naga Devatha. The temple was built in a model of Snake. Visitors can enter the shrine through the snake's belly - a long, winding tunnel. There are statues depicting the story of Prahalada and Hiranyakasipu. At the end of the tunnel, the statue of Lord Narasimha killing the demon .....