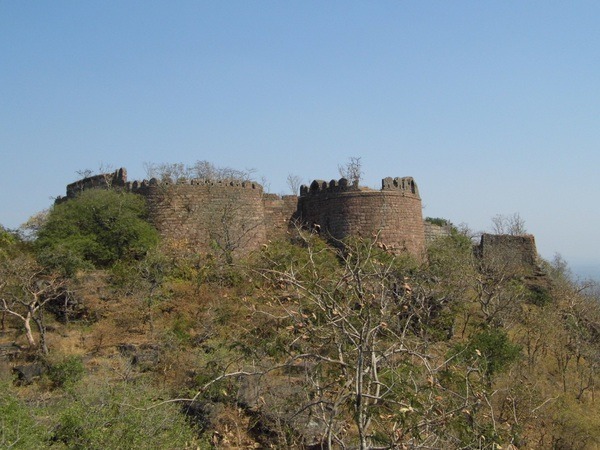 #3 of 12 Places to Visit in Karimnagar

At a distance of 20 km from Peddapalli Bus Station, 56 km from Karimnagar and 215 km from Hyderabad, Ramagiri Fort or Ramagiri Khilla is located in Karimnagar District of Telangana.

Ramagiri Fort often referred as Ratnagarbha has as ancient fort believed to be used by Satavahanas and Kakatiyas as their Military establishment. Ramagiri Fort is a picturesque hilltop fort built using stone with a number of bastions spread across a huge area across the hill. It gives a great view of the merging of the rivers Manair and Godavari. It is also known as Aaram-Giri because of the thick greenery and the beautiful views. It is also a good trekking spot with wonderful views to offer .

This fort is between Karimnagar and Manthani. One needs to follow the Karimnagar-Manthani road till Begumpet X roads and take right diversion to reach the Begumpet village. The fort is around 2 kms from there and can be reached only on foot. If you want to visit only the temple, get down at Rathnapur and reach the temple directly.

Lots of people visit this temple during Shravana Masam to pray Lord Shiva and Sri Rama. However, it is not advisable to go around this place other than Shravana Masam because of robbery incidents.