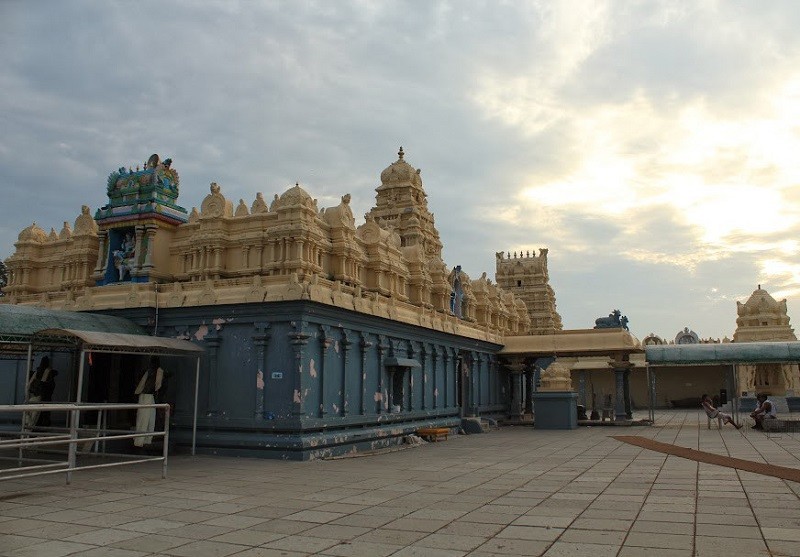 #7 of 12 Places to Visit in Karimnagar

At a distance 17 km from Mahadevpur, 134 km from Karimnagar and 263 km from Hyderabad, Kaleshwaram in Karimnagar district is famous for Sri Kaleshwara Muktheshwara Swamy Temple.

Dedicated to Lord Shiva, this temple is unique because of two Shiva Lingas engraved on a single pedestal. According to legend, this temple was established by the Lord Yama and named Muktheshwara and at the same place lord Shiva appeared in the form of lingam on the same stone and named it as Kaleshwara. The devotees first pray to Yama at this shrine before proceeding to Lord Siva. Kaleshwaram is one of the most famous Shiva adobes in Telangana.

This place is also called Dakshina Triveni Sangamam, as rivers Godavari and Pranahita meet here along with a third, the illusionary flow of Antarvaahini. It is believed that there is another river named Saraswati flowing under the Godavari hence it is called Triveni Sangamam. The Kaleshwaram is centre for Godavari pushkarams organised once in 12 years.

Kaleswaram gets a huge number of piligrms during the Karthika masam and Shiva Ratri. Devotees from neighboring states of Chhattisgarh, Maharashtra, Andhra Pradesh and Karnataka State also visit the temple during the Mahasivaratri festival. The devotees take a holy dip in River Godavari before offering prayers to the presiding deity.