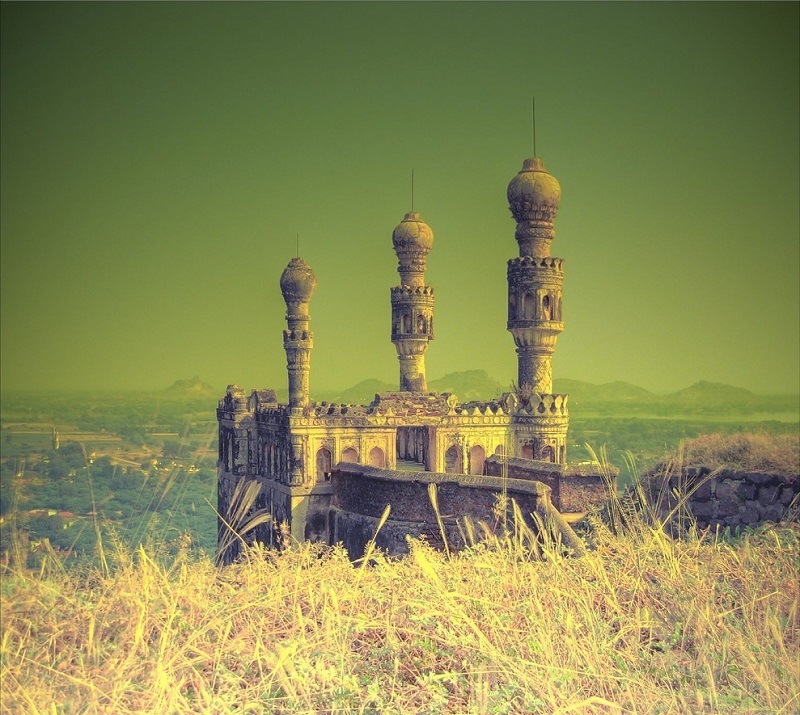 #2 of 12 Places to Visit in Karimnagar

At a distance of 1 km from Elgandal, 16 km from Karimnagar Bus Station and 167 km from Hyderabad, Elgandal Fort is situated on the bank of the Maner River at Elgandal town in Karimnagar district of Telangana. This is one of the important historical sites to visit around Karimnagar & Hyderabad.

The fort had been a centre of power of various dynasties, including the Kakatiya dynasty, Bahmanis, Qutub Shahis, Mughals and Asaf Jahis. The fort was appointed as the headquarters of Karimnagar during the rule of the Nizams of Hyderabad. In earlier times, Elgandal is also called as Bahudhanyapuram, Tellakandula and Veligandula. And finally in course of time, the name changed to Elgandal.

Elgandal Fort is one of the best survived forts in Telangana. The Fort is located on a hillock. There are 300 well laid steps providing access to the fort. The East entrance of the fort, the Brundavan pond, the Mosques and graves in the fort are various points of attraction for tourists. Within the premises of the Fort exists various tombs of Muslim saints. These include the dargahs of great saints like Syed Shah Munawar Quadri Saheb, Doola Shah Saheb, Syed Maroof Saheb, Shah Talib Bismilla Saheb and Vali Hyder Sahib. These attract devotees in huge numbers.

The Alamgir mosque, built by the Mughal Emperor Aurangzeb is a major attraction. It is crowned with three minarets unlike the usual four minarets found on every mosque. Brindavan tank on the outside of the eastern gateway of the fort was built by Zafar-ud-Doula in 1754. The temples of Nelakantha Swamy and Narasimha Swamy are also located inside this fort. The fort offers pleasing view of the country-side, the water reserve of the Lower Maner Dam and small hills around.